This I was shocked and saddened to hear of the passing of Neal Adams, legendary comic artist for many decades.  This passing is a little more personal as I'm a friend and former co-worker with his son Joel Adams, who my character designer for the Nascar Racers TV series.  Neal Adams was known to give new artist harsh reviews of the work, I had a roasting from Neal, too, when he peeked at my portfolio before my scheduled appointment with his partner Dick Giordano at Continuity Associates, in New York City in the mid 1980s. Dick shoved Neal away before it I got too bloodied. I've come to wear those bruises to my ego as a badge of honor. RIP Neal.

Much later, 2000, I bumped into Joel Adams with Neil at the San Diego Comic Con, and was introduced as Joel's directors I might have mentioned our past encounter, but in any case Joel later mention Neal liked Nascar Racer look, it not a lot of praise but I'll take it.

I'll always cherish the Neal Adams Sketch book Joel gave it. He's a very talented artist in his own right. I can only offer my deepest sincere condolences to him and his family. RIP, Neal and thanks for all you did the comic book media. 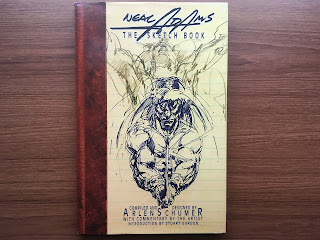 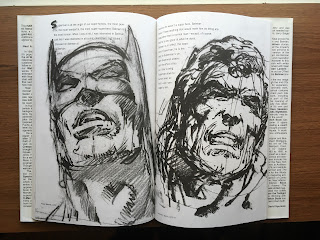 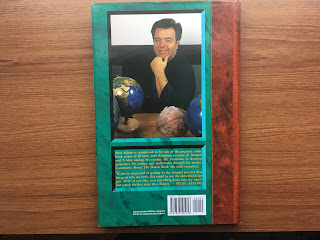