This post-Thanksgiving Sunday Music Muse Day finds me recovering from overeating at the family holiday dinner. All the leftovers are gone, thanks to college kids home for the holidays.  But the four days off from work allowed a lot time for music.  First up, Larry Coryell, Badi Assad and John Abercrombie Three Guitars. This is a wonderful CD featuring two late great guitarists, Coryell and Abercrombie, teaming with a rising young Brazilian Badi Assad, a guitarist/composer/singer/flutist/body-percussionist (not sure what that is) recorded in 2002.  Although Coryell had met Assad during a concert in Miami, this acoustic guitar set was their first recording together, and John Abercrombie's. In the liner notes Abercrombie remarked his first thought when asked to do join the session was he had to practice on acoustic guitar since he hadn't touch one in three years.  Each artist contributed compositions to the session.  It's nice to hear pieces of Abercrombie's (I'm more familiar with) in this new context. His practicing was well worth it. 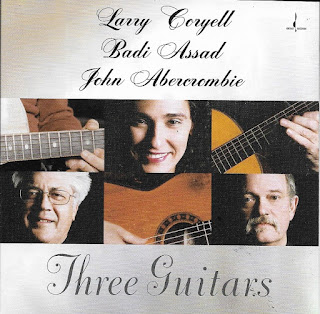 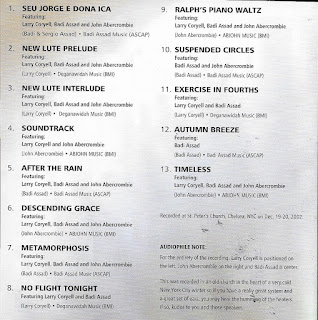 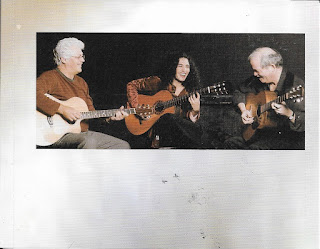 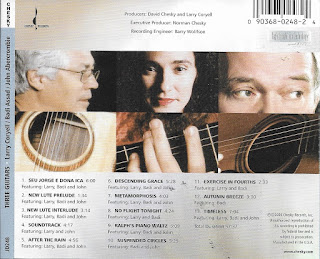 My second selection is another favorite guitar/musician who thankfully is still with us, Pat Metheny Orchestrion is a concept CD of music basically in the tradition of player pianos and larger instrument arrays in the late 1800s and 1900s called orchestrions, but taken to the extreme.   This a studio session of music Metheny did as part of film/live performance project.  It an interesting to note the music hold up without the visuals. Pat Metheny's talent as a composer comes is highlighted in every tune. 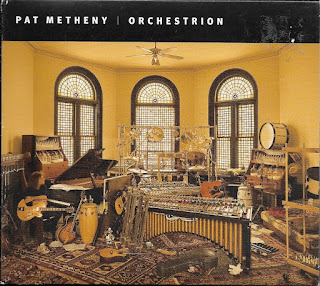 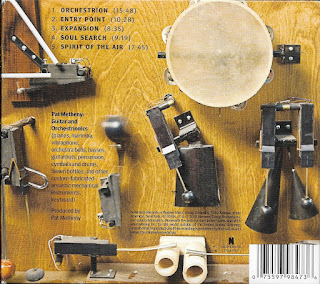 Here is the cover of first project, The Orchestrion Project 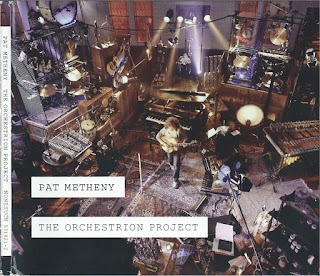 All those CDs are worth seeking out. Hope you had a wonderful Thanksgiving.  Enjoy.

Posted by Dennis J. Woodyard at Sunday, November 25, 2018 No comments:

Robot Sunday is just a weekly drawing sharing event I do with a couple of friends. It nothing heavy or well thought out, just a fun robot sketch. 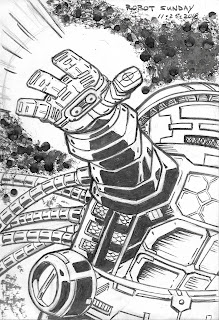 For me it keeps me creatively active.  Enjoy.
Posted by Dennis J. Woodyard at Sunday, November 25, 2018 No comments:

Today's Sunday Music Muse Day finds me inside as the cold snowy weather settles in before the Thanksgiving holiday this week. Just by coincidence, the first selection is Ben Wendel The Seasons, a concept album by the young saxophonist. (Rich Thompson, recommend this CD, Thanks Rich) It is a studio recordings based on his original series of twelve duets released over twelve months on youtube, in 2015. The project was inspired by the classical twelve piano pieces by Tchaikovsky called The Seasons. The music on this CD is performed by "a quintet made up of artists from the original video series.  The music is transformed from the intimate settings of duos to something much grander in the hands of these master musicians", writes Wendell in the liner notes. Although I enjoy these versions overall, I like the video version of the selection "October", a duet with guitarist, Gilad Hekselman, much better. Give it a listen and see of you agree. 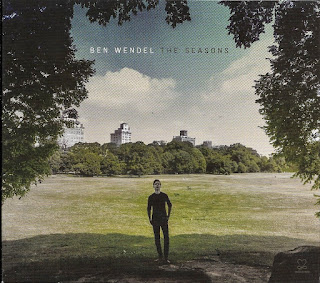 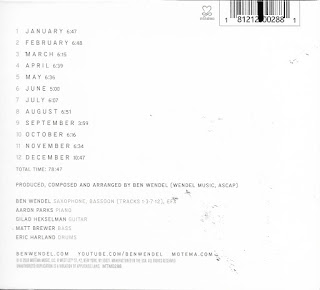 My next selection is one of those leaps of faith, as I knew nothing about this guitarist, Guillermo Bazzola Hora Libre,  I picked the CD as it looked interesting,  I sampled the opening cut at the record shop, and it didn't sound bad so I bought it. After listening to it several times I glad I did. It a quartet with guitar, Hammond organ, saxophones, and drums.  Here's all the info could find on the CD, from the Apple Music Review:

"About Guillermo Bazzola
Argentinean jazz guitarist Guillermo Bazzola started playing as an amateur by the end of the 1970s, taking guitar classes in 1979. Two years later, the musician joined a band called Combop, playing along with Mariano Tito soon after. In 1986, Guillermo Bazzola composed the soundtrack for a cultural documentary broadcast by a local television station. In 1989, the artist was awarded by Partners of the Americas, getting a scholarship after participating in an international jazz seminar. In 1998, the guitarist, composer, and arranger had the opportunity to play along with Sid Jacobs while participating in a festival called Guitarras del Mundo (Guitars of the World). A year later, Guillermo Bazzola formed the Summer Quartet with drummer Hernán Mandelman, bassist Rodolfo Paccapelo, and Rodrigo Domínguez, recording an album called 3D, released by PAI Records. In the year 2000, the talented guitarist teamed up with pianist Ernesto Jodos, issuing Long Ago."  Basically that's it, but that's enough his music speaks for it, solid playing with an international jazz feel, proving music is our universal language. Worth listening to. 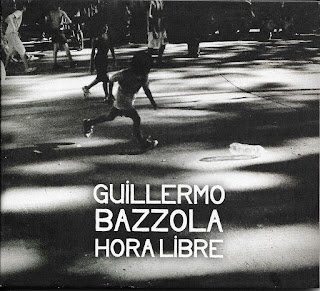 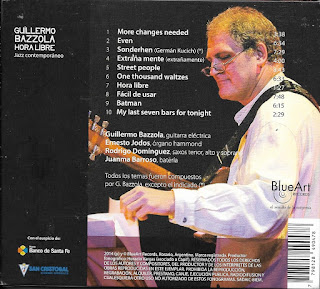 Winter is coming, maybe sooner than we like.  Keep warm, and keep listening to good music.
Posted by Dennis J. Woodyard at Sunday, November 18, 2018 No comments:

"Winter is coming".  That's a fitting declaration this week's Sunday Music Muse Day as we had snow flurries hit the area on Friday, and freezing cold yesterday.  Time to pull out so good music to warm the soul.  To that end, I was very lucky to found two CDs by guitarist John McLaughlin I didn't have in my collection.  This musical twin-spin shows two different ends of the music spectrum of John McLaughlin's music.  First up, John McLaughlin Industrial Zen presents the fiery machine gun speed guitar playing most associate with his Mahavishu Orchestra days. All About Jazz reviewer John Kelman states, "... Industrial Zen combines McLaughlin's high-octane playing with the Indian influences that have pervaded much of his career." Kelmen adds, "McLaughlin's Indian-informed melody is layered on top of hypnotic synthesizer programming that, as a fundamental complexion of the entire record, lends credence to its paradoxical title."   Any lover of Mahavishu era McLaughlin will find lots to like in this CD. 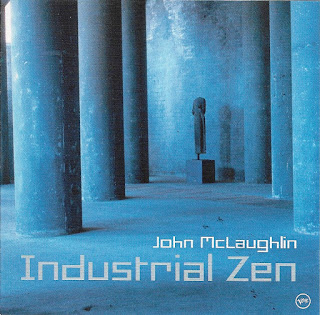 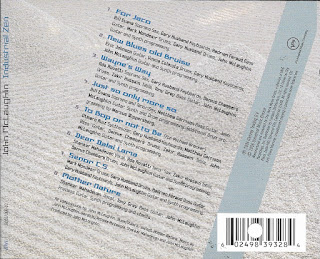 The second selection of this twin-spin is John McLaughlin Thieves and Poets.  Again, this is at opposite music spectrum of McLaughlin music, half the CD is a three part suite for guitar and orchestra, something McLaughlin has done several times. This gives this section of the CD an almost classical music feeling.  The last four tune are jazz  standard classics.  Again, John McLaughlin shows his masterful command of the full spectrum of being a Jazz guitarist.  Proving himself to be an artist in the true meaning of the word.  I find myself enjoying this CD more than Industrial Zen.  But, that depends on my mood. 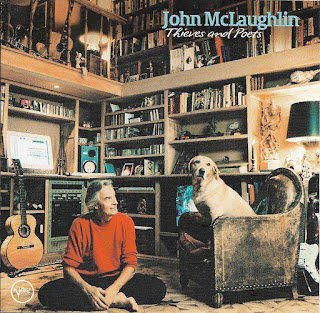 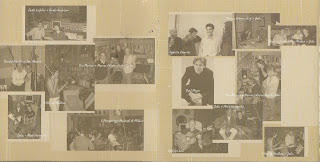 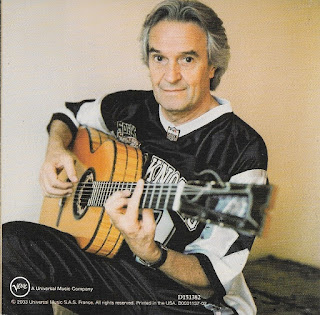 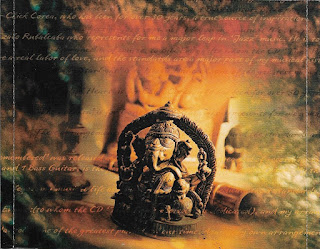 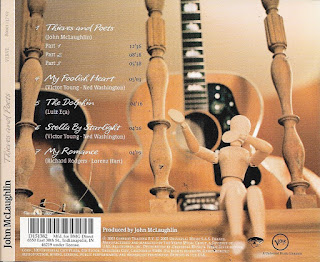 So, "winter is coming", but we have plenty of good music to fill the air aswe settle down to a cozy fireplace fire, and our favorite warm winter drinks, as we look forward to the coming family holidays. Enjoy.

Posted by Dennis J. Woodyard at Sunday, November 11, 2018 No comments:

This Sunday Music Muse Day turns out to be a perfect autumn, and the first day of Daylight Savings Time. 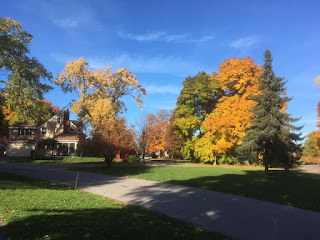 I celebrated by starting my day at the Southwedge Record Fair, where always manage to good selection or two. 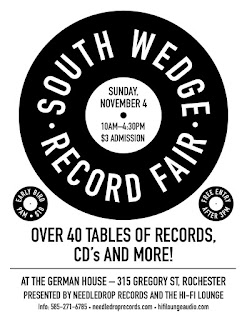 Plus, I get to run into Derek Lucas of music director of Jazz90.1 our listener/member supported jazz station. It just finished another successful fund drive.  I renewed my membership Saturday, last week, during the Tom Pethic, Artistry in Jazz show.

Back to the music, as I run errands, I played one of the CDs purchased the Record Fair, guitarist John Scofield This Meets That.  I just featured Scofield's last CD, Combo 88, in my last Sunday Muse Day post, but you can never get enough of Sco's music. This Meets That is a solid, fun, outing, with a wicked version of the blues standard, House of the Rising House, it was reminding me of the Americana styling of Bill Frisell.  Later, when checked the liner notes, I discovered Bill Frisell played tremolo guitar on the that track. Scofild employs a group of horn players to compliment his trio (himself on guitar, Steve Swallow on bass, and Bill Steward on drums) in this 2007 release.  Giving the music will party favor. It well worth seeking out. 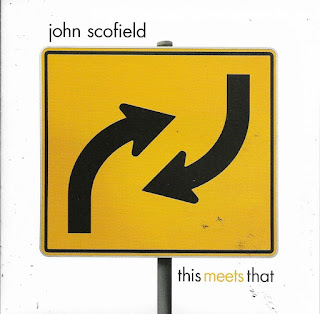 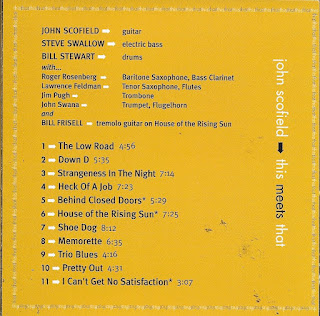 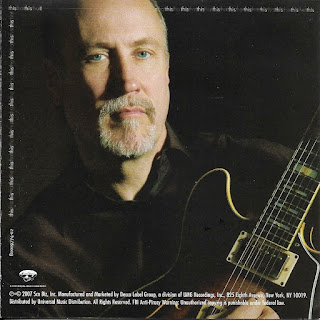 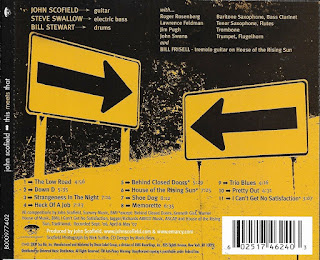 The secod CD I bought Trio Beyond Saudades also has John Scofield in a trio with Jack Dejohnette on a drums and Larry Goldings on Hammond organ and electric piano.  This is live double CD set dedicated to music of the late Tony Williams, legendary drummer and fusion innovator with his group Tony Williams Lifetime, which he formed after leaving Miles Miles in the 1969 with John McLaughlin on guitar, and Larry Young on organ.  DeJohnette  followed Williams on drums in the Miles Davis group playing on the classic Bitches Brews sessions. Saudades is an interesting record, as it does capture the essence  the raw energy those Lifetime recordings, but I'm not sure it will be everyone cup of tea.  Lifetime's music has a chaotic mix of jazz and Rock bordering on avant-garde. So be prepared for the sonic assault. 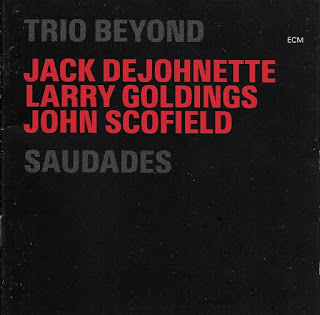 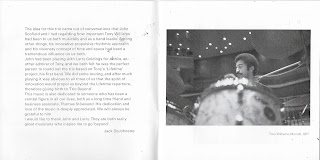 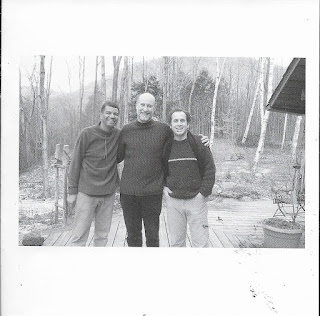 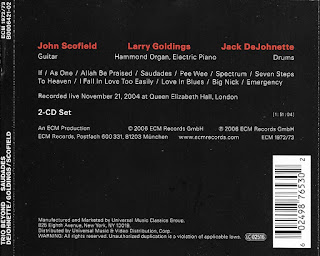 I going to enjoy my extra hour of sleep tomorrow morning, and try to forget it will get darker earlier in the evening. On the plus side it won't be pitch black when I'm leaving for work. But as always there is great music to listen to anytime, day or night.  Enjoy.