This Sunday Music Day find me kicking myself for missing the Mike Melito Trio as Girasole Wine Bar, late night.  Totally my fault.  I made a reservation and was put on a waiting list, but didn't hear my phone ring while at the noisy Jojo Bistro, with friends, when they called to say they had an opening.  So when we got Girasole the seats were gone.  Bob Sneider tried to get us in, but no luck, there were  four of us, so that made it harder.  In any case, the owners of Girasole did their best, they're alway great. We'll see guys at their next gig. 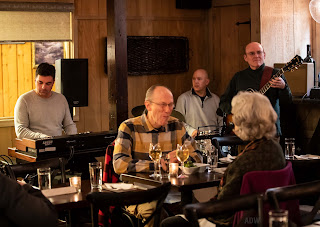 In the meantime, I'd like to give a heads up to new releases Mike, Bob, and his brother John Sneider have coming up. Mike and Bob are on the new release by Doug Stone another local musician, just released last week.  I looking forward to picking up a copy soon. 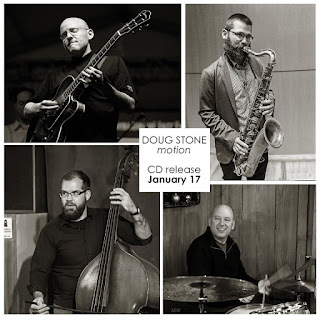 John Sneider has a new record, The Scrapper, coming out February 21. 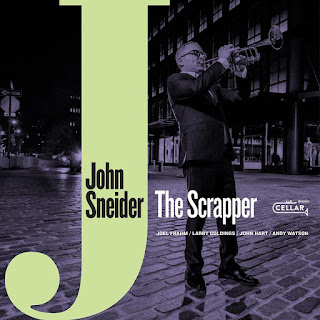 Finally, Mike Melito announced has a new CD coming out in the spring. 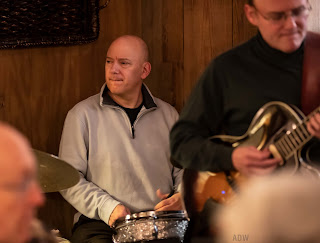 (Photo: Arron Winters)
So,  all in all there will be plenty of good music coming my way in the near future.
Posted by Dennis J. Woodyard at Sunday, January 26, 2020 No comments:

Dime-A-Dozen Project #16 Ruby Galactic Gumshoe is a brief recounting of my effort to pitch and produce an animated project of the ZBS Foundation produced Adventures of Ruby: Galactic Gumshoe, a series of Sci-FI Fantasy audio adventures. ZBS Foundation is a non-for-profit organization that has been produce quality audio entertainment since the 1970s. I came across Ruby from an ad in the old Comic Buyers Guide, for the cassettes of Ruby's first stories, which aired on Public Radio stations across the country. I fell in love with the characters, the writing, music, and audio production.

I was inspired by Ruby and thought it would make a great animation project. While working in the animation business, I wanted to pitch original ideas and properties of others worthy of better exposure. Rudy was one of those properties. I did some concepts of the characters and wrote a brief series proposal to pitch to Disney TV Animation, where I was Co-Producer/Director on Disney's Gargoyles series. Disney passed on Ruby, so I set out to secure the rights myself, with the help of my agent, at the time.

I contact ZBS and they informed me the media rights for film and TV projects were sold to a Los Angeles producer, Lex Nakashima of LX Ltd. They were very helpful and encouraging, even sending me a copy of the original Ruby script. I contacted and met Lex was kind enough to give me a shoot at pitching Ruby around to studios, since his own efforts were in a dormant state. Once the rights were secured, I did a storyboard and animatic of the first Ruby story, to support the written proposal. I also, used the images from the animatic to made a Dragonfly Flipz book. Unfortunately, after several years of trying no project could be secure. (it didn't help my last pitch meeting was cancel as it fell on 9/11/ 2001, yes that 9/11) My agreement with Lex ended and last i heard another producer had taken the rights. That was well over 12 years ago, and I haven't seen any mention of a Ruby project. So, Ruby enters my Dime-A-Dozen Project archive.

Happily, ZBS Foundation is still going strong. i still hope someone makes a Ruby movie or TV series someday. This video is the latest installment of my Dime-A-Dozen Projects, so named from a conversation with creative friends of mine as we lamented that when we were working full-time for someone else, like Disney, Warner Bros , and Sony, we get these (in our minds) original million dollar ideas, that would, somehow, turn into "dime-a-dozen" ideas when we were out of work and on our own. I have tons of unfinished projects in the form of character sketches, incomplete written outlines, half drawn comic pages, and full illustrations. You get the idea, a "dime-a-dozen" idea. I'm feeling the need to catalog for my own sanity and for a simple record to leave my kids, and as I said above, along the way rekindle my creative juice and start drawing again. Enjoy.

This Sunday Music Muse Day find us heading the New Year, for better or worst (depending how much you follow current events) with a sense of hope, or dread.  In any case there is alway music to ease our anxiety.  Today selections were actually prizes won by ruffle at the Jazz90.1 radio station Holiday Party for staff and volunteers, just before Christmas.  Both are a little out of my jazz comfort zone, but pleasant.  First up is Nicki Parrott From New York to Paris, a collect of vocals and tasty bass playing from a musician I hadn't heard of before. Although the liner notes states she was the bassist for guitar legend Les Paul for ten years.  That fact alone was worth a listen.  Plus, and she has 27 albums releases. This CD is more "lounge jazz" for my taste, but the quality of her singing, playing and recording production is top notch.  In fact, the CD is listed on a best jazz of the year list I've seen online.  It will make for dinner background music for the most part, for me. 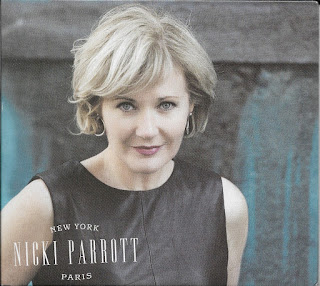 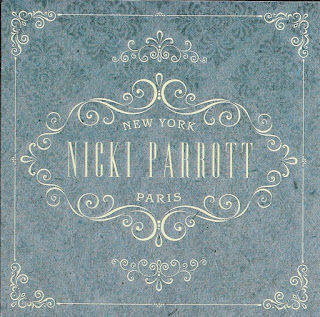 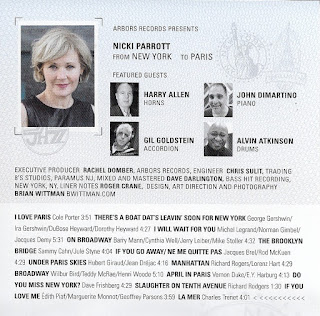 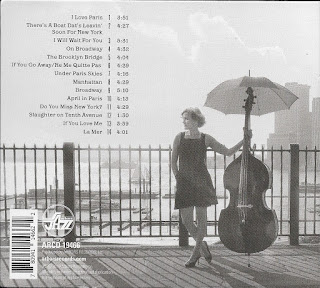 My second selection David Finck BASSically Jazz, again a bassist lead group, featuring Joe Locke on vibes.  This CD also is more "lounge jazz" for my taste, especially the three vocal tracks, but well played.  But, I just may wrong about these two CDs and maybe they'll grow on me. 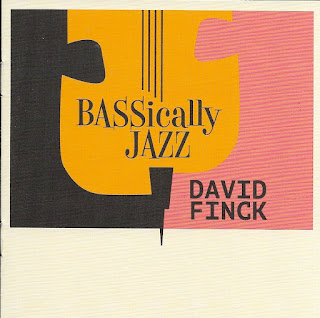 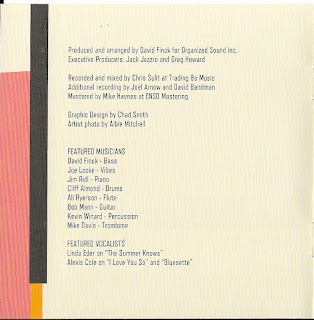 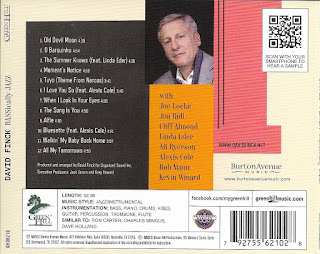 So, here wishing everyone a Happy New Year, and here's hoping sharing a little music will give you comfort in these uncertain times.
Posted by Dennis J. Woodyard at Sunday, January 05, 2020 No comments: