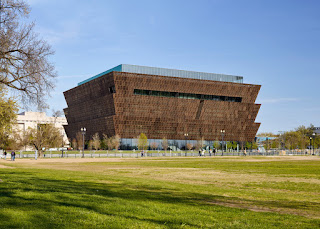 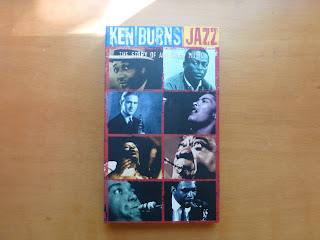 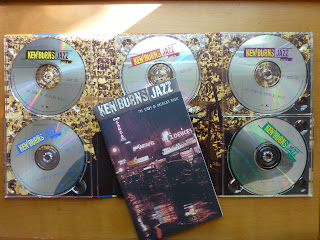 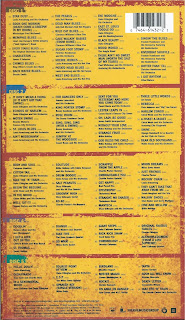 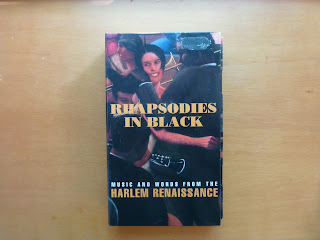 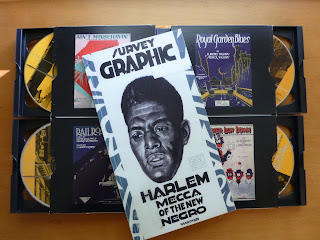 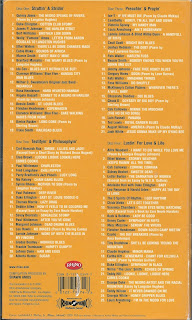 I posted this for Throwback Thursday, on Facebook, this video is a pre-preview of my Dime-a-Dozen Project on this blog, where I'll be taking my old drawings, characters and concepts and use them to, hopefully, get the creative juices flowing again. Galaxic Tallgunner is based on a storyboard of a short film idea I started in 1978. You get the idea, a dime-a-dozen idea. 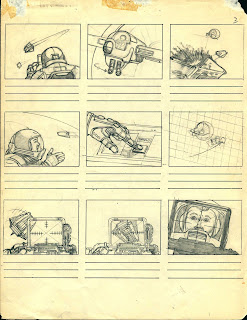 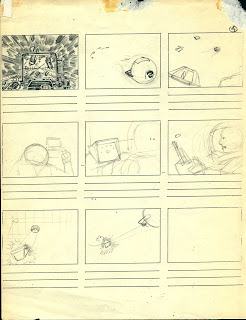 I have ton's of unfinished projects in the form of character sketches, incomplete written outlines, half drawn comic pages, and full illustrations.  I feeling the need to catalog for my own sanity and for simple record to leave my kids, and as I say above, along the way rekindle my creative juice and start drawing again.  Stand tuned.

Welcome to another Sunday Music Muse Day.  This week's selections starts off with the beats of two swinging drummers. Counting off the downbeat first is Mike Melito (when he had a longer name, and longer hair), as the Michael Melito Quintet - My Conception, actually is Mike's recording debut as a leader.   Mike sure hit the ground running, and continues producing the swinging "hard bop" he set out to play.  I already have Mike's latest "New York Connections", and look forward to the CD release gig he has planned in October.  Mike is a big fan of my father, Sam Woodyard (drummer for Duke Ellington), and counts Sam as a major influence.  The more I hear Mike play, the more I hear bits of Sam in his playing, and feel Mike is keeping that swinging tradition alive, and progressing. 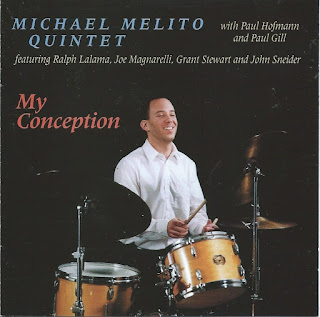 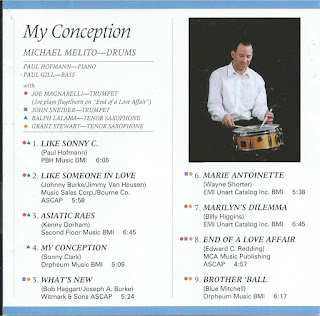 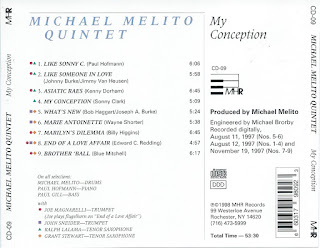 Next up is special find, legendary drummer Buddy Rich, The Roar of '74.  Billed as "the world's greatest drummer" during his career, with the impressive roster of big bands and artist he played with, and leading his own big band, it would hard to argue with that title. An added treat for me is that my father, Sam Woodyard is featured on percussion (bongos, hand drum, etc).  This a hot rocking set of tunes and great fun to listen to. 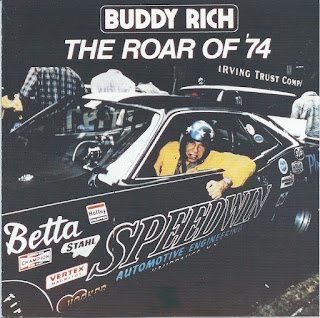 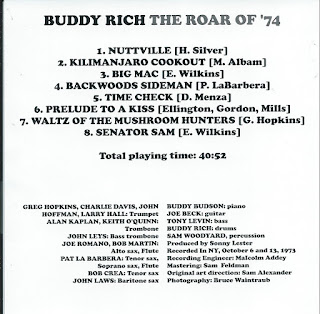 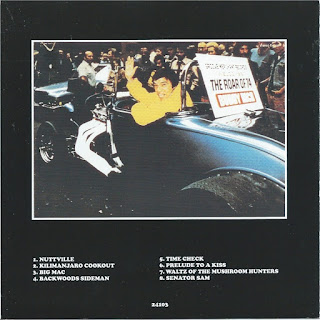 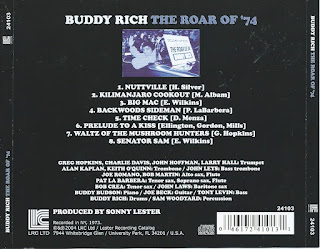 The next selection is another local Rochester musician, guitarist, Steve Greene Trio.  I heard Steve play a live set on our local jazz radio station, Jazz90.1, in the past. This is nice mellow jazz guitars and bass set.  I hope to catch Steve performing live sometime. 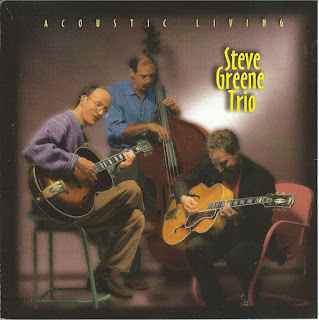 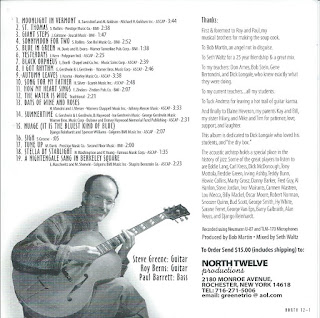 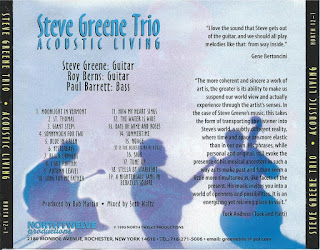 My last selection, actually was picked by my wife, Lisa, who saw this artist perform while she was visiting a friend in Hudson, NY, this weekend.  Vieux Farka Toure - Mon Pays is a CD by the Malian (Mali, in West Africa) singer and guitarist and son of the late Grammy Award winning Malian musician Ali Farka Toure, who many know from his CD with Ry Cooder, Talking Timbuktu.  Lisa really liked the live concert, and the infectious Afro-beats on this CD makes me jealous I didn't see him, too. 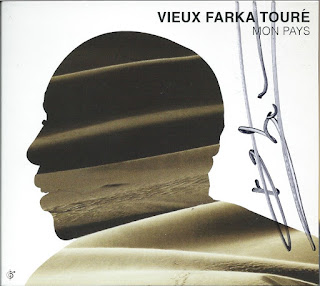 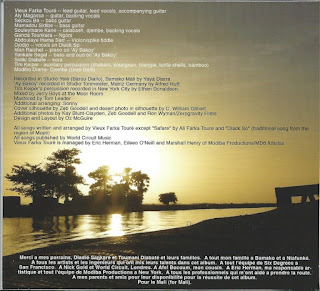 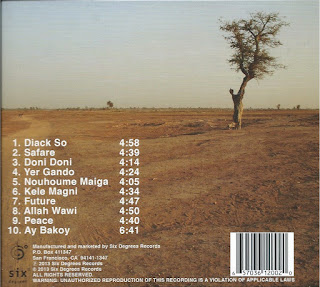 All in all, a nice collection of tunes to head into autumn with.  Enjoy.

Autumn, time for a Change

Since September is my birth month, I tend to think of it as a time for a fresh start as we head into autumn, a time for change. So, my aim is to spend more time in this studio chair, actually doing creative stuff. To support the desire, I'm resigned from my part-time job at the Brighton Memorial Library, which is a bitter-sweet decision, since I made a lot of good friends there, and will miss our daily interactions. But, with Lisa's cancer battle, the boys going off to college, me reaching my full social security age, and the grind working two jobs, I felt it was time for pull back a bit. In truth, the tipping point was at a family meal in August before the boys left, and Lisa mentioned she would have to get used to eating dinner alone as an empty-nester, with me working evenings. That thought pained me. Some things are worth more than money. So, hopefully I will use the free time productively and hit all those projects I put on the back-burner while I worked 50 hours a week. (I'll be keeping my full-time job, but getting off at 4pm will seem like a half day) If nothing else I'll be able to help with dinner and enjoy the company of my lovely wife at the dinner table. Wish me luck. 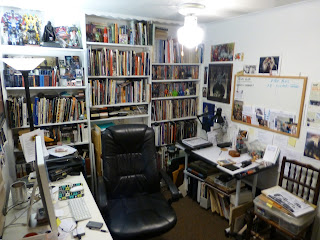 Posted by Dennis J. Woodyard at Sunday, September 18, 2016 No comments:

Here's my tribute to the 50th Anniversary of Star Trek, with random items off my book shelf, a 10th anniversary window sticker, the 25th Anniversary computer game, Star Trek pop-up book, a 1973 Star Trek Convention program, a Deep Space Nine mini-comic, and a Captain Jean-Luc Picard action figure.
I don't think I ever got to saw an original Star Trek broadcast, as my sisters overruled my choice of TV viewing in our one TV household. I caught up on Star Trek in syndication after I moved to NYC in my last year at SVA. In many ways I prefer the Star Trek universe over Star Wars as Star Trek was about exploration and discovery and how we handle the moral, social , and political aspects of those new encounters. The show offered a vision of hope for a better tomorrow. That alone made me a fan. Live long and proper. 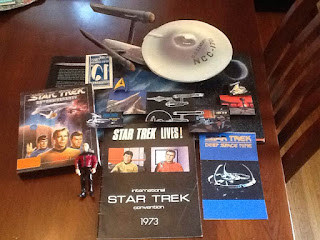 Posted by Dennis J. Woodyard at Thursday, September 08, 2016 No comments:

Welcome to my Sunday Music Muse Day, delayed a day for Labor Day holiday.  The first pick is another one motivated by the names of the other musicians rather than the leader. Manuel Barrueco Nylon and Steel is a CD of duets which finds Barrueco, who according to All that Jazz, "...is a globally acclaimed classical guitarist who specializes in Spanish musics but has also explored Bach, Toru Takemitsu and Arvo Pärt over the past 25 years", playing with Al Di Meola, Steve Morse, and Andy Summers.  Each of these guitarist are known for playing with successful groups, Return to Forever, Dixie Dregs, and the Police, respectively, and solo careers. Although I wasn't familiar with Barrueco, I like this CD  and will look for more of his CDs. 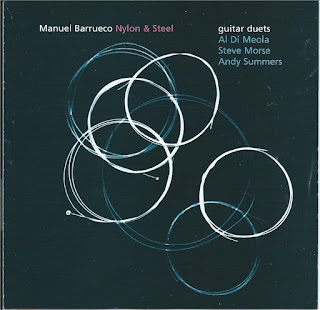 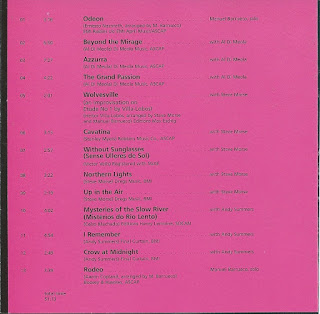 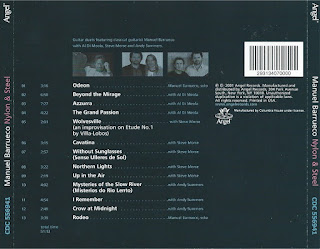 My next selection is local Rochester group I still haven't had a chance to see live.  Margaret Explosion Skyhigh is another spacey jam affair. Their music has been described as "...slow-motion psychedelia that conjures images and colors" (by Frank De Blase City Newspaper - Nov. 29, 2006)  That pretty much covers it. In their own words, '"We call what we do simultaneous, spontaneous composition rather than jamming,"  That's means, unless you have their CD you will never here the same tune again. An interesting concept for a band. 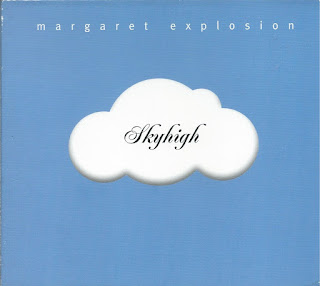 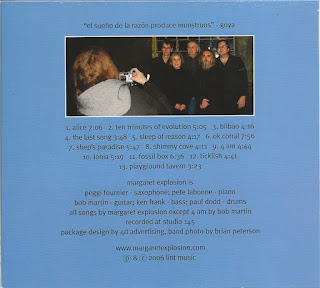 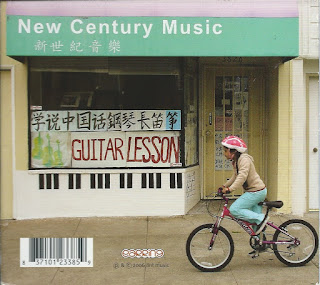 That's it for this week.  I'm going to get out and enjoy the day.  You should do the same.  There always good music when you return.

Posted by Dennis J. Woodyard at Monday, September 05, 2016 No comments: