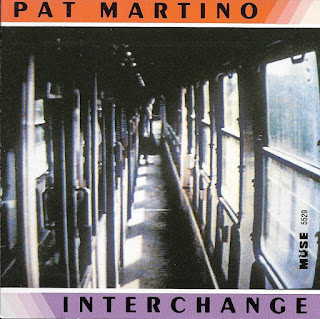 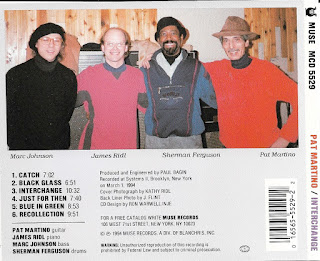 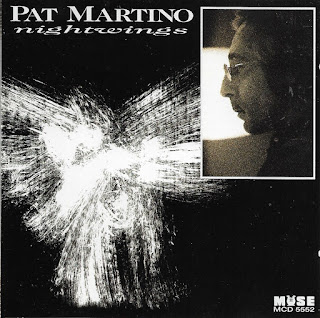 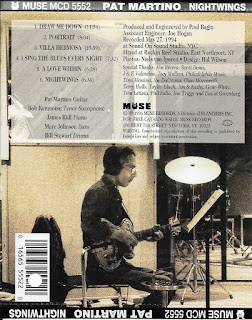 Posted by Dennis J. Woodyard at Sunday, September 30, 2018 No comments: 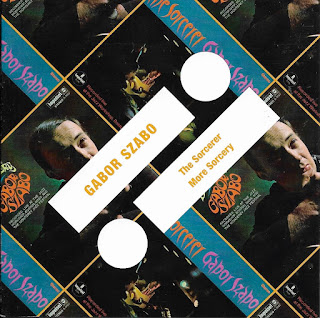 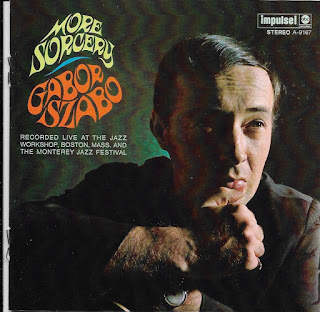 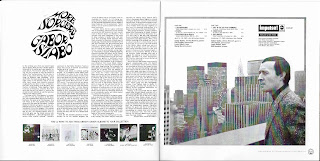 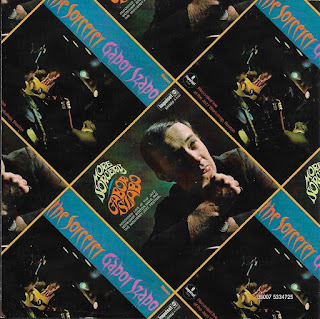 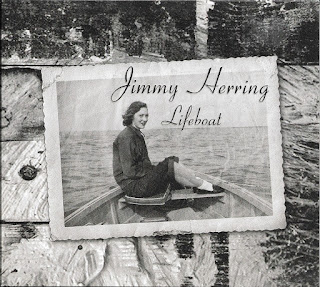 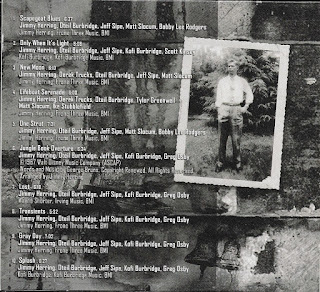 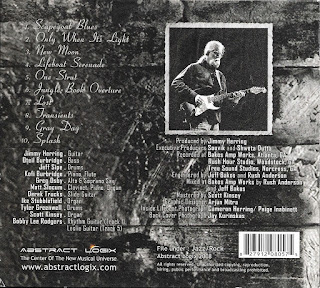 Posted by Dennis J. Woodyard at Sunday, September 23, 2018 No comments: 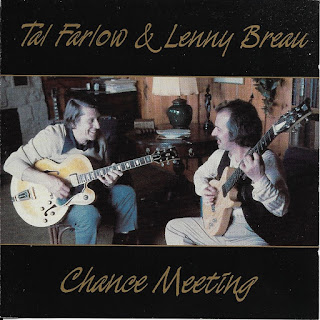 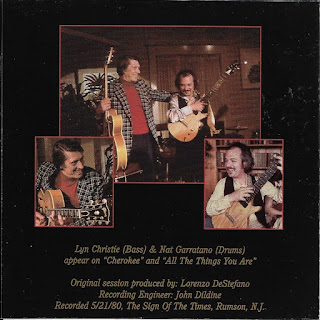 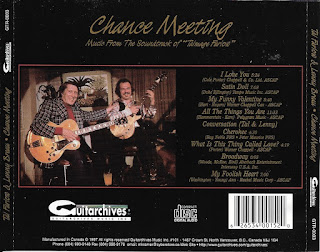 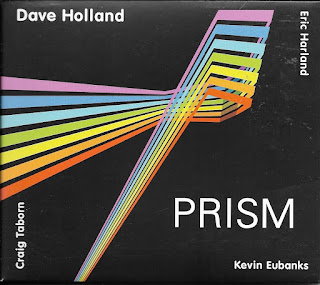 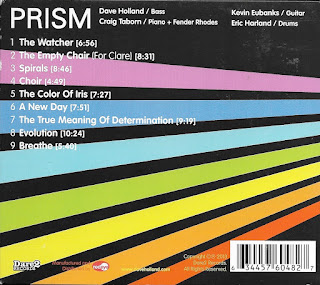 Posted by Dennis J. Woodyard at Sunday, September 16, 2018 No comments:

This week's Sunday Music Muse Day finds the weather turning cooler in definite hint of fall in the air. All the more reason to cue up so warm jazz. First up, Gerry Mulligan Meets Johnny Hodges, the excellent set described in the liner note by famed jazz critic Nat Hentoff as "particularly attractive in the wholly casual air. There's is no stain, no trace of pretentiousness."  This could be labeled West Coast jazz, recorded in LA, as Gerry Mulligan well known baritone saxophone player leading his own groups in the "cool jazz" of that time, 1959. While Johnny Hodges was still a featured saxophonist with Duke Ellington.  Apparently, they admired each others play a long while before getting together for this session. The session features three tunes from each of them.  Well worth listening to, while settling in with a warm drink on cool afternoon. 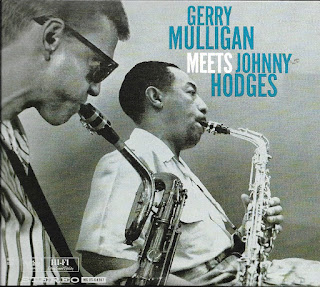 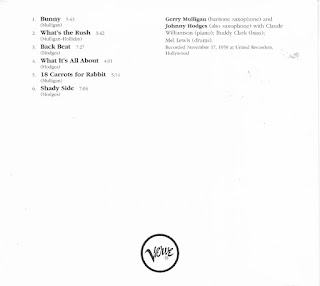 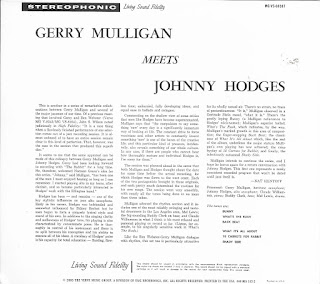 Next is a re-issued classic, Les McCann & Eddie Harris Swiss Movement, the Montreux 30th Anniversay Edition, released by Rhino Record and Atlantic Record. I usually resist buying a CD of music I already own on vinyl record but this has an extra unreleased track. By all account this historic recording should have been a disaster. A live recording of musicians, Les McCann (piano and vocals), Eddie Harris (tenor sax), Benny Baily (trumpet), Leroy Vinneger (bass) and Donald Dean (drums), who barely knew each other, thrown together at the last minute, with no planned music, no rehearsals, "no time for a sound check, and the PA system is feeding back", against all odds Swiss Movement became one of the most popular jazz album ever record. As noted on Wikipedia, "The album was nominated for a Grammy Award in the category of best jazz performance, small group. It reached No. 1 on Billboard's jazz album chart, No. 2 on the R&B chart, and No. 29 on the LP chart." Compared to What, the best known tune, sold millions as a single.  The music is still fresh as it was in 1969. 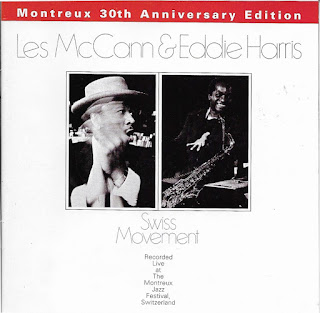 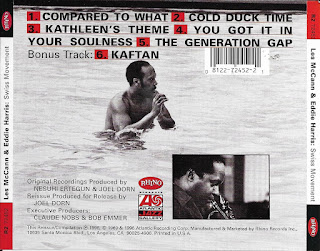 Winter is coming, but lets not rush and just enjoy the coming fall weather.  I personally like the change of seasons, for the sense of rest and renewal. Enjoy
Posted by Dennis J. Woodyard at Sunday, September 09, 2018 No comments:

I back after a summer break in August, due to a vacation, and basic summer laziness.  But, I did manage to pick up some new music to share. So, first up is Al Di Meola Elegant Gypsy and More Live. This latest CD from the jazz fusion guitarist best known for his work with Chick Corea's Return to Forever, the pioneering Jazz Fusion group in the 1970's and beyond.  This CD finds Di Meola revisiting tunes from his early solo album, Elegant Gypsy, made after he left RTF. for the most part the material holds up nicely.  I not overly impressed with the drummer.  (Also, I think Al's cover pose is pretentious) 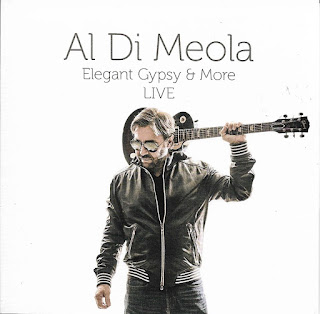 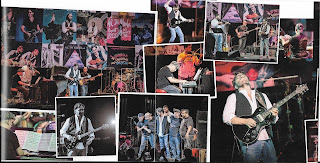 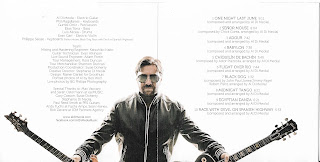 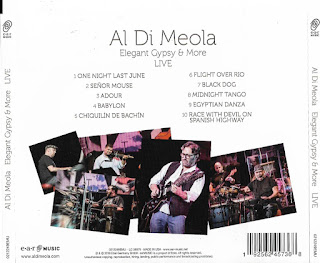 My second pick is from one of the new generation of jazz guitarists, Gilad Hekselman Ask for Chaos.  I think I came across him on jazz post spotlighting new talent.  This CD is actually is just being released next week, Sept. 7.  it must have been a reviewer's copy.  Lucky I found it.  I can heard strains of Bill Frisell and John Abercrombie in his playing, and that's not a bad thing. 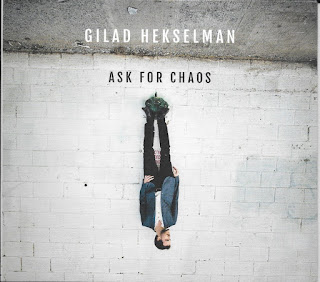 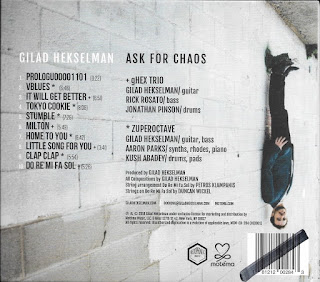 Here's another original tune as part of my Warped Sky - Stray Clouds project is Why Should I care? Warped Sky - Stray Cloud, is a combination of songs from old tapes and new renditions of original tunes written and played by me in the 1980s. . This started are just a collection of chords and no lyrics. This video has my first complete version played against a Band in a Box backing tracking. I have to admit musically it goes nowhere. I can't even label it "elevator music". I was trying for the feel of a Pat Metheny I like "Tell Her You Saw me", or Jeff Beck's "We Ended as Lovers, but I just couldn't pull it off. Still, it's another song off my incomplete list.
Hopefully I can stay on a better schedule with upcoming blog post, as Fall arrives. Enjoy.

Posted by Dennis J. Woodyard at Sunday, September 02, 2018 No comments: