This Sunday Music Muse Day, bring finds us officially beginning the Fall season and having a warm sunny day, worth enjoying while last.  I'm presenting two posts today, first one for CD selection and a second part for a Warped Sky Stray Clouds song.  By CD selections are actually connected.  First up is John McLaughlin & the 4th Dimension The Boston Record, a live set of one of McLaughlin's post Mahavishnu Orchestra groups. This was recorded on June 22, 2013 at the Berklee Performance Center, Boston. There's not much in the way of liner notes. Not that much more needs to be said about the legendary jazz guitarist, and fusion pioneer. All you need to know is in hearing the music.  I'm always happy to come across McLaughlin releases I don't have.  I'm happy to say, even after his Farewell U.S. Tour (I did get to see his Buffalo, NY date) he is still recording and touring Europe. 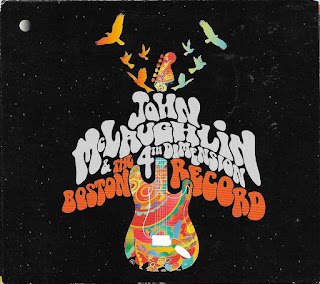 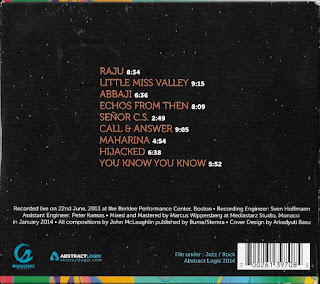 My second selection is Mahavishnu Re-Defined, A Tribute to John McLaughlin and the Mahavishu Orchestra. This is a 2 CD set released by ESC Records out of Germany.  I'm sometimes leery of  tribute projects, as they can be hit or miss, but I have to give this a thumbs up.  Honestly, I only knew 4 of artists out of the 25 cuts on this set, John Stowell, guitarist (who I saw perform with Bob Snieder at the Bop Shop Record last year), French-Vietnamese guitarist Nguyen Le' (I have a excellent CD of his), Drummer Gary Husband for work with McLaughlin and earlier in bands of the late fusion great Allen Holdsworth, and drummer Dennis Chambers from various groups like the Brecker Bros, John Scofield, and McLaughlin.  This is solid CD set with a nice variety of styles showing the many colors and tones of McLaughlin's music associated with the Mahavishnu Orchestra.  The one head-scratcher is a cut by drummer Ron Thaler. titled 'Some Timeless'.  Timeless was written my the late John Abercrombie, a favorite guitarist of mine, one of my all time favorite tune of his.  'Some Timeless' is a nice take on the tune, but I can't figure how it fits with this set. That may have to remain one of life's mystery's for me. 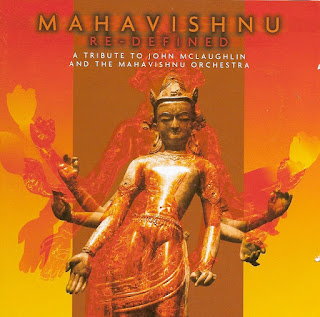 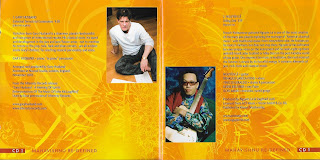 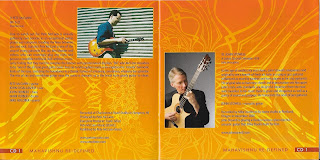 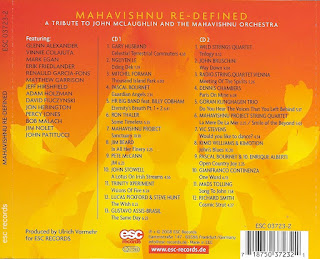 This week's Warped Sky - Stray Clouds tune is rather special to me.  "In the Blood of the Night" is the most EPIC tune of The Warped Sky Band. It ranks as our Iron Butterfly "In-A-Gadda-Da-Vida". "In the Blood of the Night", is a original tune, written in 1978 by Richard Miceli, my creative partner in the Warped Sky Band, with Rodney Means . The "band" was three guys screwing around with music in our apartments, annoying the neighbors. The tune was adapted from a poem of Richard's and I came up with music for him to add a vocal and flute against. Richard is big fan of Tom Waits, and I aways hear strains of that in his poems/lyrics. I'm amazed at the off-beat and dark insights on personal relationships his lyrics reveals. The original version, with Richard's vocal and flute, and the screaming electric guitar playing of Rodney Means is included at the end of this video. The full 14 minute EPIC, false start and all. This original version is presented more as tribute the friendship and good times we shared making music, whether good or bad, doesn't matter, as we had fun and hearing our tunes brings a smile to my face.

This new version was made with my vocals and guitar playing, and using a backing track created in Band in a Box music software. I couldn't hope to outdo the original version, especially try to top Rodney's guitar playing, so I went for simple Darker version. I actually had envisioned using it in a sci-fi detective story years ago. It still be happen. I might use this Dark Hooded character for another tune. "Schizoid', soon.

As part of my Dragonfly Views blog I have a Sunday Music Muse Day post where I always hoped to present original music that I had filed away mostly unfinished and unheard, always putting it off because my playing leaves much to desired. But as I get older it becomes apparent waiting for perfect has become an excuse not to do anything. So, these music posts are a way to finish off forgotten musical ideas, for the plain fun of it. Enjoy.
Posted by Dennis J. Woodyard at Sunday, September 27, 2020 No comments:

This Sunday Music Muse Day I have a remembrance. I usually prefer to celebrate the birthdays of the living, and departed, but this will popped up on the Duke Ellington Society group.  My father, Sam Woodyard, died on September 20, 1988, in Paris, France, of cancer.  Sam was the drummer for Duke orchestra from the the mid-1950s, most famously beginning with the famous 1956 Newport Jazz Festival concert..  Many consider him one of Duke's best drummers. Honestly, he wasn't a part of my life, as he choose his career over family, and believe me, there is no bitterness in that statement,  By way of closure, I had the chance to visit him in Paris, after the news of his illness was passed to his mother through Dizzy Gillespie,  a year before he passed, and I travel to Paris for his funeral and carried his ashes back home.  I'm proud of his musical legacy, and through the friends he made in Paris and elsewhere, I knew he was loved and comforted in his last difficult years.  His music will continue to touch jazz fan for all time. RIP Sam. 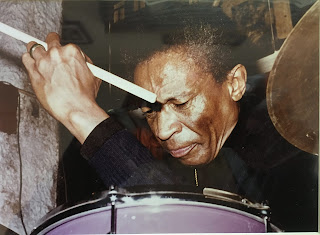 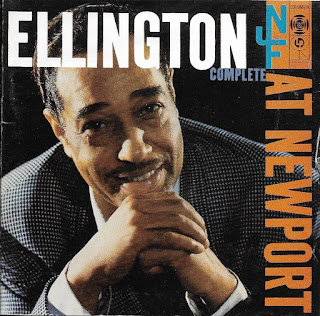 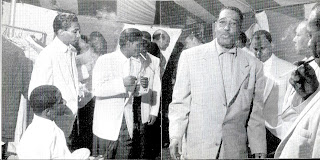 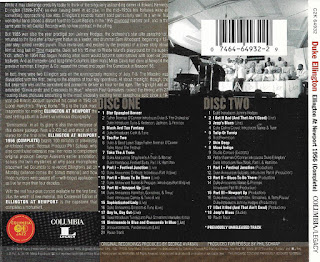 Posted by Dennis J. Woodyard at Sunday, September 20, 2020 No comments:

Jimi Hendrix died on September 18, 1970. Usually, I don't like to commemorate deaths, I prefer to celebrate the birthdays of living, and departed. But since  so many remembrance popped up in news outlets and social media the event was hard too avoid.  Jimi Hendrix was one of my main early rock guitar hero (followed by Eric Clapton with Cream, and Jeff Beck). Sadly, I never got to see him play live. I was in the Basement Coffee House, a SVA and Baruch student hangout in the basement of Lutheran church on 22nd off 3rd Ave, NYC, when I heard of his death. I was stunned and shocked. Our illustration instructor assigned us to do a memorial album cover for him. I did a black on black portrait for my cover (flat and glossy acrylic paint) I still have somewhere. It's incredible how his impact is still being felt in music today, and not just an oldies Rock way.

So, Here's are my personal art tributes to Jim Hendrix, from old files. 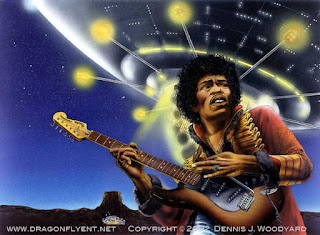 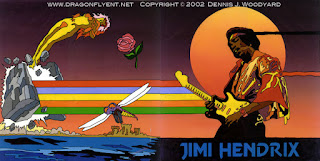 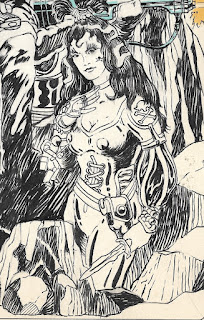 Jimi asked "Are You Experienced?" After listening to his music we can all say, "I am".
Posted by Dennis J. Woodyard at Sunday, September 20, 2020 No comments: 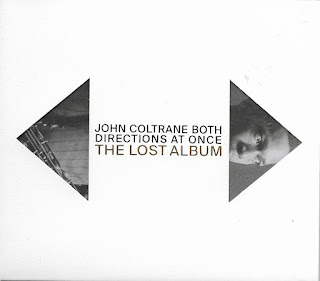 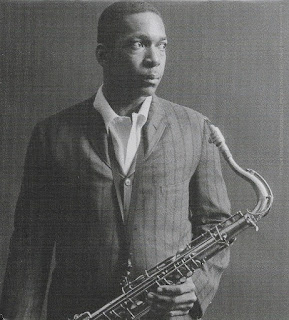 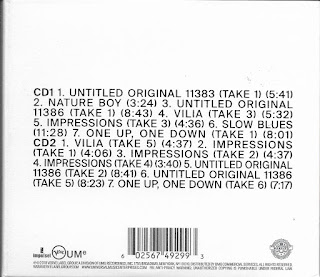 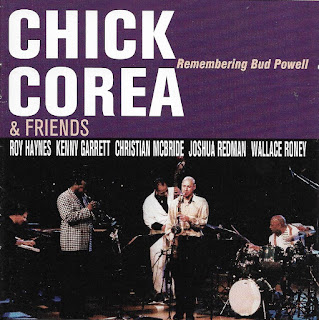 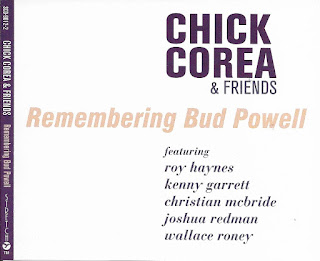 Posted by Dennis J. Woodyard at Sunday, September 13, 2020 No comments: 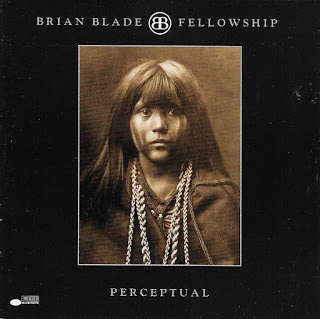 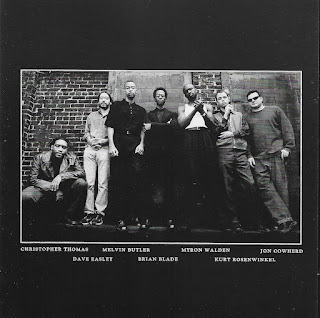 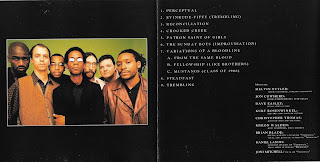 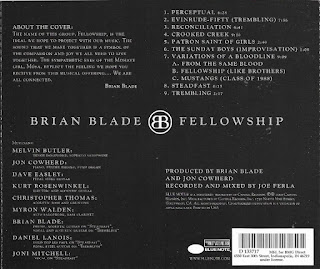 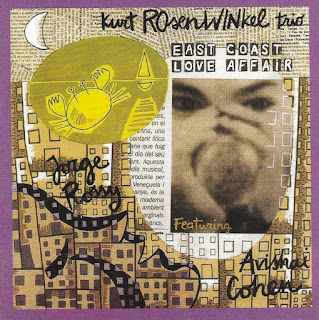 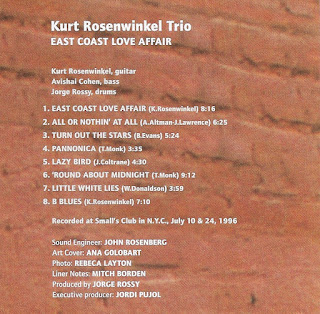 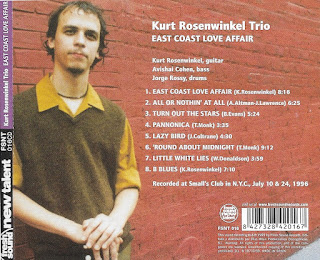 This new versions were made with my guitar playing, and using a backing track created in Band in a Box music software. I dedicated the title to Jack Kirby, "King of Comic Books". I also paid a musical tribute to Carlos Santana in my solo in the first version. The second version was to use a sparser arrangement closer to the original. With Band in a Box, you write in chords and a lead line and it creates a backing track, and even a solo performance, with varying degrees of success. I'm often surprised how simple tunes sound fleshed out by a full band, even an artificial one.
Again, these music posts are a way to finish off forgotten musical ideas, just for the plain fun of it. Enjoy.
Posted by Dennis J. Woodyard at Sunday, September 06, 2020 No comments: