Back in July, I did a Superman Toon Flipz Limited Edition Book. (You can read the old post for details) I donated a copy for auction at the San Diego Comic Con for the Comic Book Legal Defense group, and a copy was auctioned on Ebay. Well, I decide to expand the book and publish it for sell. I'm planning for a spring release date or maybe for the San Diego Comic Con, at the most. I'll be sure to post more info soon.

This planned revised version will get a new cover (better title type), the group pages in the beginning of the book, four pages on a page, will be enlarged and places on
their own page. 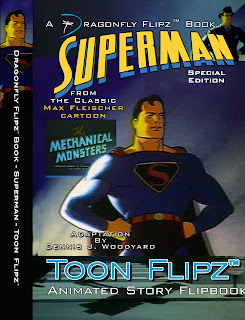 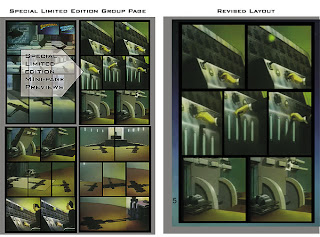 Here's a movie of the Limited Edition version. Please forgive the total butchering of the great sound track and the bad flipping.

I think this has got be the ultimate Superman flip book you'll find anywhere.
Enjoy.
Posted by Dennis J. Woodyard at Thursday, November 22, 2007 No comments: 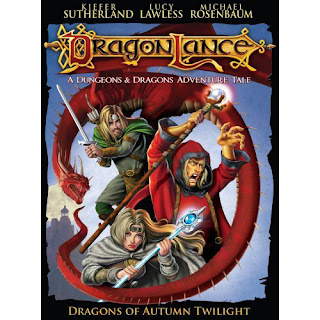 I just came across the listing on Amazon.com for the direct to DVD project I work on last year, Dragonlance: Dragons Of The Autumn Twilight. It's based on the extremely popular Dragonlance series of books and role-playing games by produced by Wizards of the Coast. I was starting to wonder when this was coming out. I storyboarded several sections for director Will Meugniot (his last name is pronounced "Mineo", but you wouldn't know it by the spelling). Will is a great guy and a well rounded, talented, artist/producer/director and a friend. He never stops drawing,..really!! He must thousands of charcter sketches floating around. (He really puts yours truly to shame in that regard) You can check out his ton of credits at his web site storyboardpro.com.

I own a lot to Will, he offered me my first LA animation job on the animated series ExoSquad (come on Universal, release a DVD set of this series, already!), while I was still living in New York City. My first position was as the show's oversea animation supervisor in Seoul, South Korea, than I was tapped to be co-producer for the second season. That position allowed me to move from New York City and the rest,as they say, is history, well...maybe boring personal history.

In any case, look for the DVD and check out Will's site when you get a chance.
Posted by Dennis J. Woodyard at Thursday, November 15, 2007 No comments: