On this Sunday Music Muse Day, Mother Nature is playing an early April Fools Day joke on us as spring flower are being cover with snow fall. Maybe listening to some CDs I picked up at the South Wedge Record Fair, today, will help me get the last laugh.  First is Leni Stern Recollection, it's a anthology of tunes from various prior releases of the fusion guitarist.   The cuts include guitarists Bill Frisell and Wayne Krantz, plus drummer Paul Motian.  Not  lightweight players.  The CDc starts with two vocal tunes, with hint of country music in a slight Bonnie Raitt vain (who I like) which I find not to be her strong suit. I enjoy her instrumentals much better. Still there is much to like in this CD set. 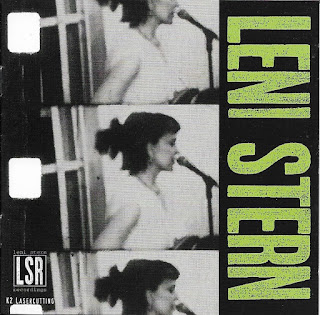 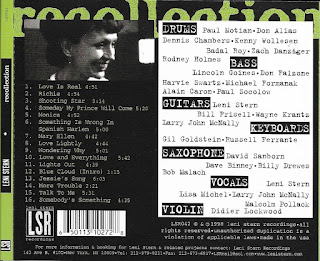 Next up is Kurt Rosenwinkel Heartcore.  This is my second CD I've picked up by the young guitarist, who has a been acclaimed as a raising star in the new generation of jazz players.  With my first listen I have to agree with Nate Chinen writing a review for JazzTimes (Oct. 1, 2009), "Heartcore will have its critics, and they’ll fall into one of two camps: those who revile Rosenwinkel’s electronic “corruption” of jazz and those who think his concoction is merely sonic wallpaper. What both sides will have missed is the luminous melodic allure of the album, along with its subtle intricacies of texture. The disc has its shortcomings...Somewhat uneven but almost ceaselessly fascinating, the album reveals not only Rosenwinkel’s purest motivations but also the possibilities of his alternative approach." I'll have to give it more time, but I'm not hearing the greatness some critics have professed to have hear in his playing. He's not this generation's Pat Metheny or Larry Coryell in my opinion, so far. 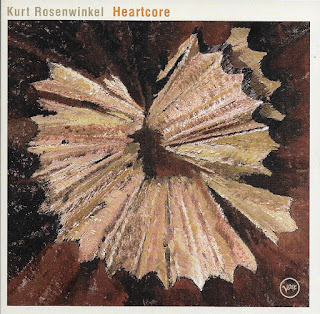 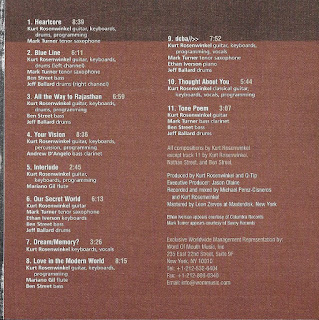 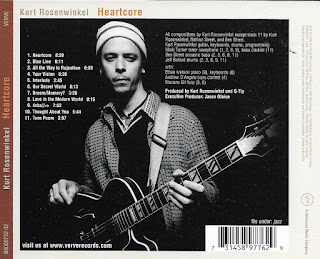 The snow is still falling lightly, but it will melt away before nightfall, but I can still her Mother Nature giggling at us.  Time to turn up the music.  Enjoy.