Dime-A-Dozen Projects is so named from a conversation with creative friends of mine as we lamented that when we were working full-time for someone else, we get these (in our minds) original million dollar ideas, that would, somehow, turn into "dime-a-dozen" ideas when we were out of work and on our own. I have ton's of unfinished projects in the form of character sketches, incomplete written outlines, half drawn comic pages, and full illustrations. You get the idea, a dime-a-dozen idea. I'm feeling the need to catalog for my own sanity and for a simple record to leave my kids, and as I said above, along the way rekindle my creative juice and start drawing again.

Path to Armageddon, is a epic space saga, featuring Axis and Mace, the lone survivors of a ancient race who meet for a final duel in the middle of space battle between a Terran Space Force and the alien Drillian armada.

Here is the gallery of art pieces used in the video.
This was the full color illustration planned for the cover of the comic book, with space at top for the title. 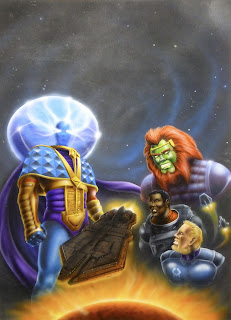 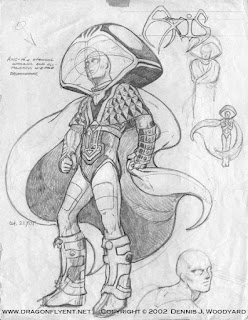 This the doodle from my office desk mat.  I incorporated the building io the background of the Axis illo. 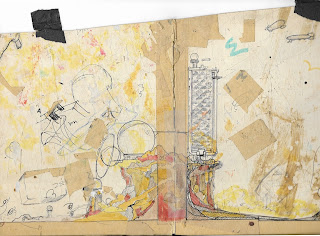 Here's a clean up version to see the building design better. 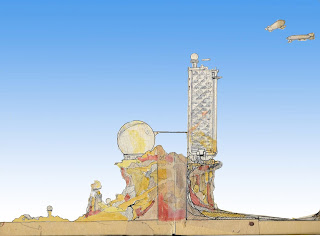 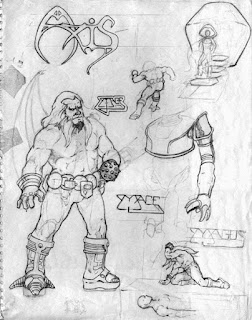 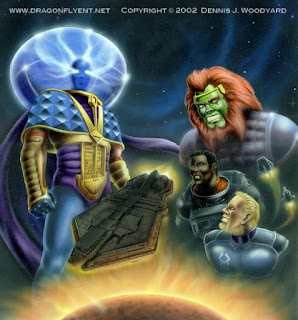 This is Star Captain - Battle Cruiser Terran Co-Federation is an old pencil sketch, that need to finished at some point. 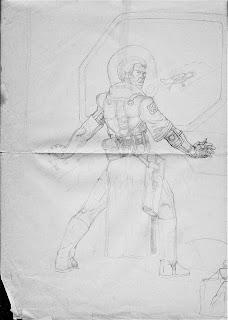 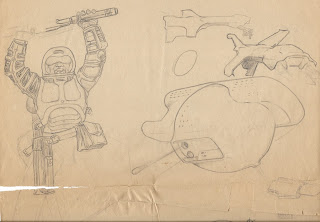 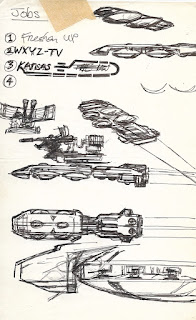 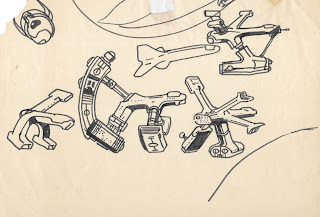 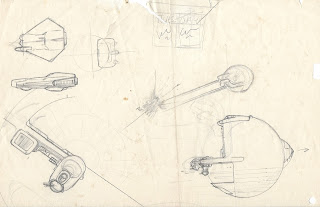 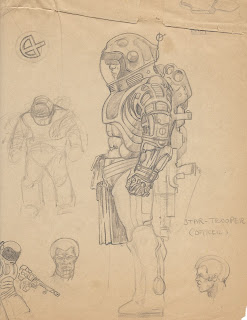 This final inked version was used in the color illo that follows. 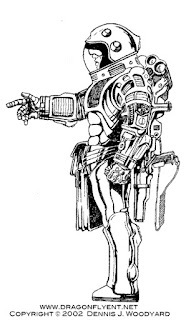 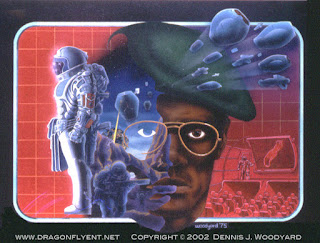 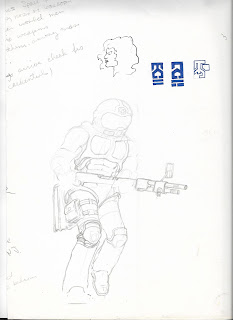 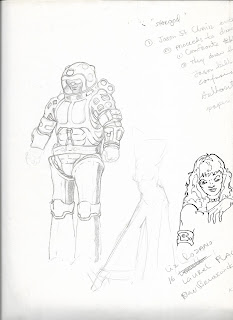 Rough sketch for a planned illo titled, "Form on me:  in the LZ (Landing Zone)" 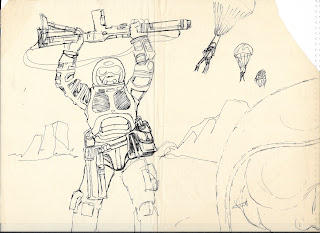 This is a early Scout battle suit. 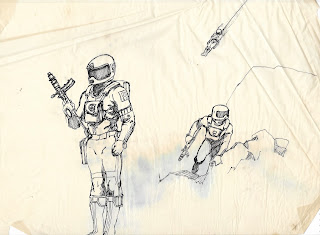 This is one of the first battlesuit designs created. 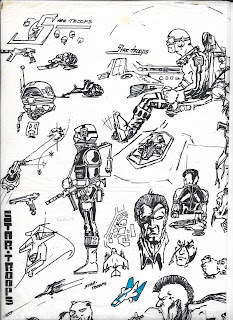 This line up show the suit made into a paper cut-out puppet model for a planned animation. 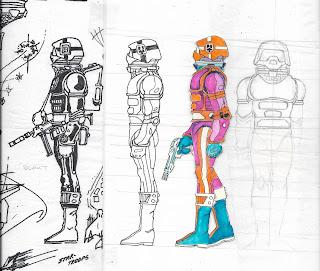 This drawing of Starship Tail Gunner is favorite of mine, 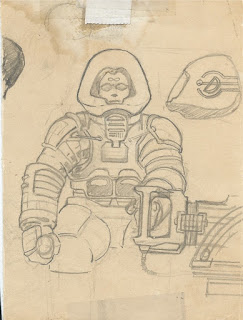 I used it in a unsold Kids t-shirt design. 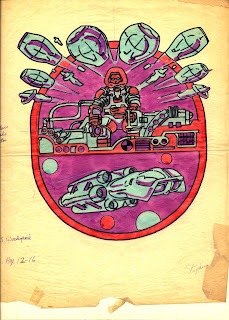 I reused the Axis & Mace Illo for mockup of fake book cover for another project to be featured in an upcoming Dime-A-Dozen Project.

There is a 8 page written outline for the story of Path to Armageddon, Part 2 will be if I ever get to draw it out.