This Sunday Music Muse Day finds us catching a break after several days of heavy rains, but the temperture has dropped, so there is hint of winter coming.  So to warm the soul, here's my first pick, Mick Goodrick Biorhythums. Goodrick is a well known jazz guitarist, who I first associate with his playing with vibrophonist Gary Burton groups. Like Burton, Goodrick was instructor at the famous Berklee School of Music in Boston and taught many famous guitarists, Bill Frisell and Pat Metheny. He has along career as leader and sideman, often playing with his fromer students. Biorhythms is his second offering as a leader, from 1990. 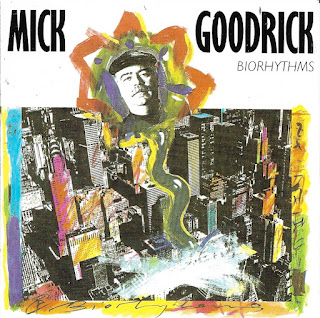 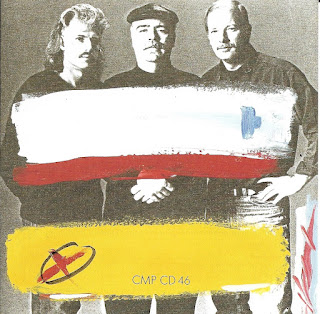 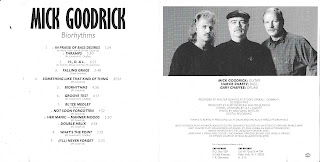 My second selection is John Scofield Shinola.  Scofield was also a student of Mick Goodrick.  The roster of talented musicians that passed throught Berklee ia truly amazing. This Scofield CD is nice trio set that I actully had on vinyl and couldn't resist picking it up again, as Scofield is one of my favorite guitarist. His playing has an certian edge to it as if he's about to lose control but manages to pull it together masterfully. 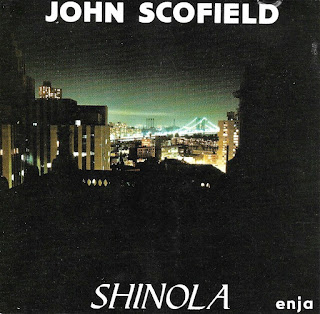 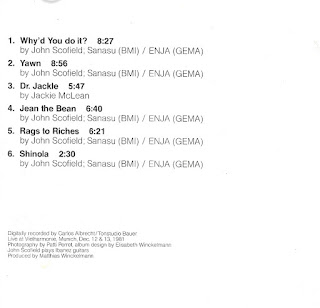 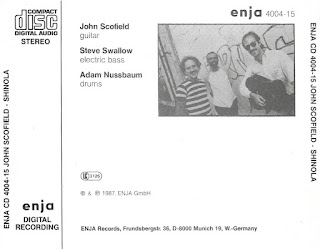 In spike of the cooler weather, I'm holding off racking leaves for a week or two, I much rather listen to some good jazz.