Today’s Sunday Music Muse is a tribute to Pat Martino, the legendary jazz guitarist, who passed away this week. I can’t equal the many tribute written about him online, remarking on his musical talent but also his human spirit in over becoming a brain injury that robbed him of his ability to play guitar. He amazingly taught himself to play again, in what can only be one of the most inspirational personal stories ever. So, I’ll choice to listen to his music from several CDs I have, ( I hsave several originally on vinyl albums) and enjoy a piece of the musical legacy he leaves behind. My thanks to my friend Rodney Means, who first introduced me to Pat Martino’s music. RIP Pat, and thanks the music. 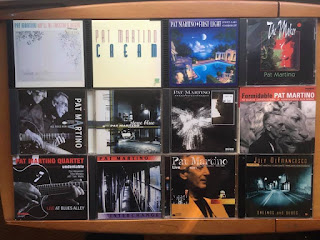