For today’s Sunday Music Muse Day is inspired by Kuni Tomita, friend who plays a shamisen in her Japanese folk music group. The shamisen is a three stringed instrument, like a banjo (maybe). In any case, Kuni’s music reminded me of the musician Osama Kitajima who used traditional Japanese instruments in the rock or modern context. I first listened to him in the 1970’s and 80s. His later work moved into New Age music and sort of lost the the appeal of his earlier works, in my opinion. Here are several of his albums I own. 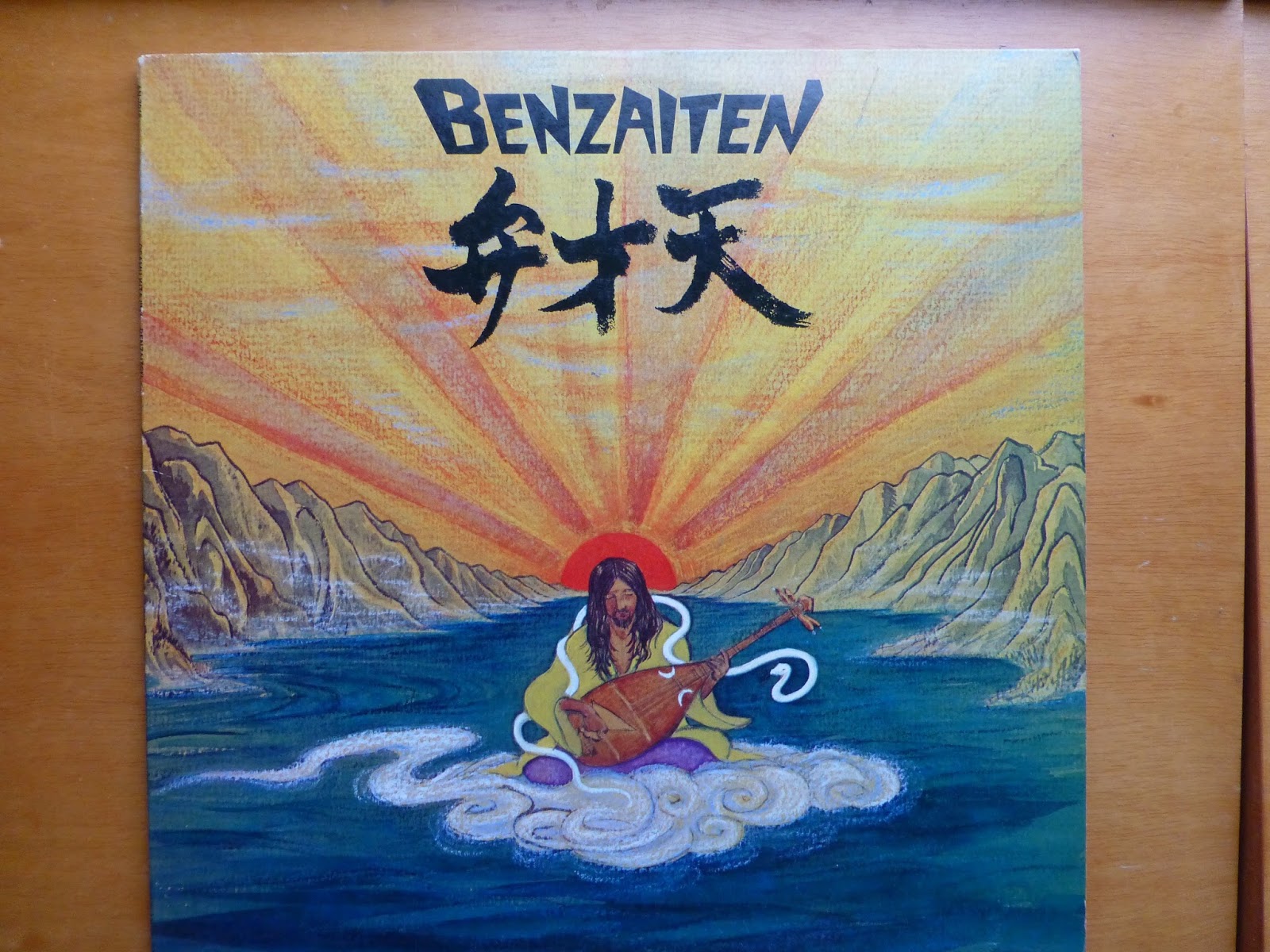 Check out the cut from this album, Yesterday and Karma, with vocals by the late, great Minnie Riperton. This one song is worth seeking out this album. 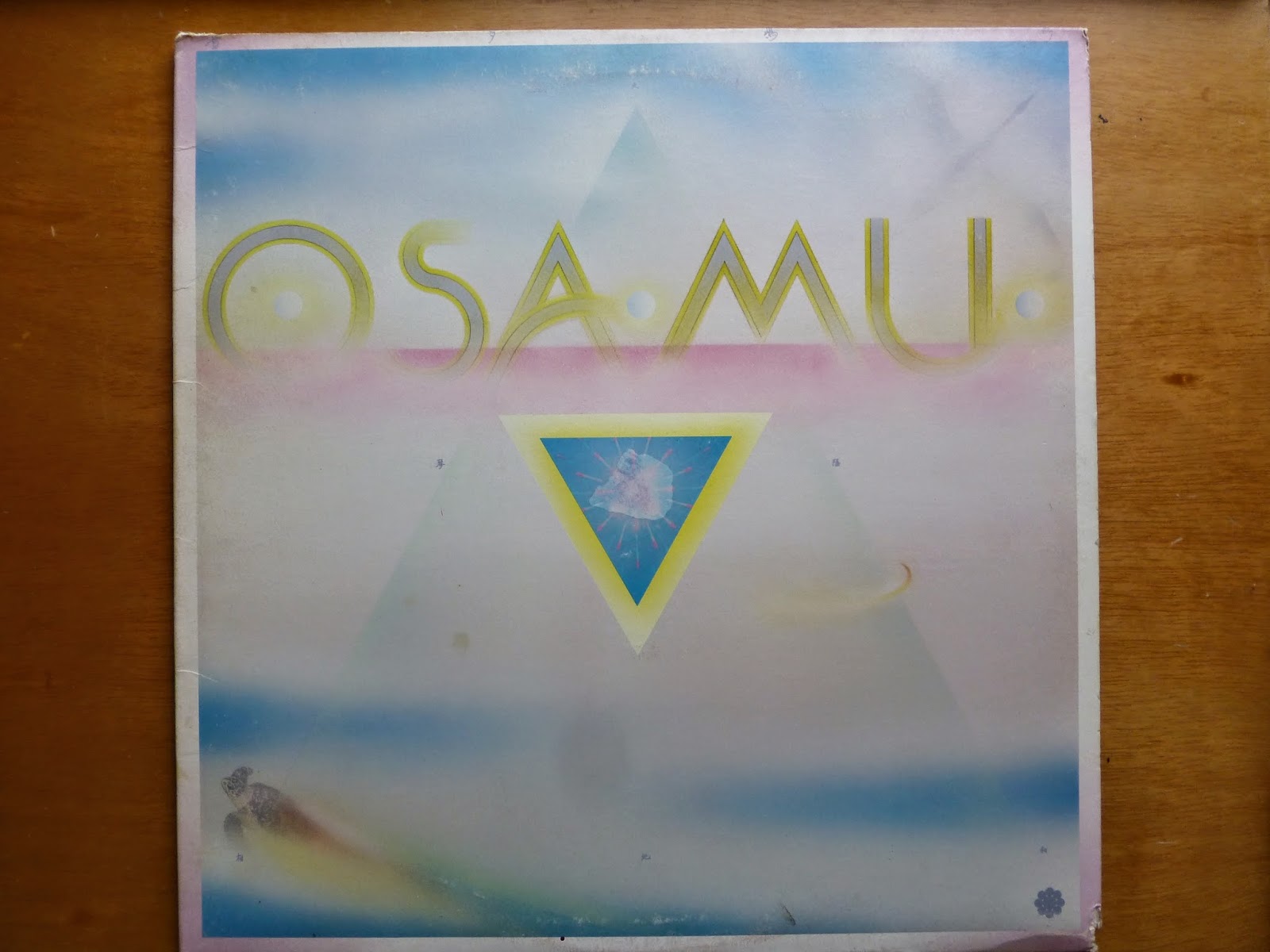 The Masterless Samurai album has great cover art by artist Louise Scott.  Just a side note, good thing she had the foresight sign her work nice and large since the record company did add her name in the album credits. 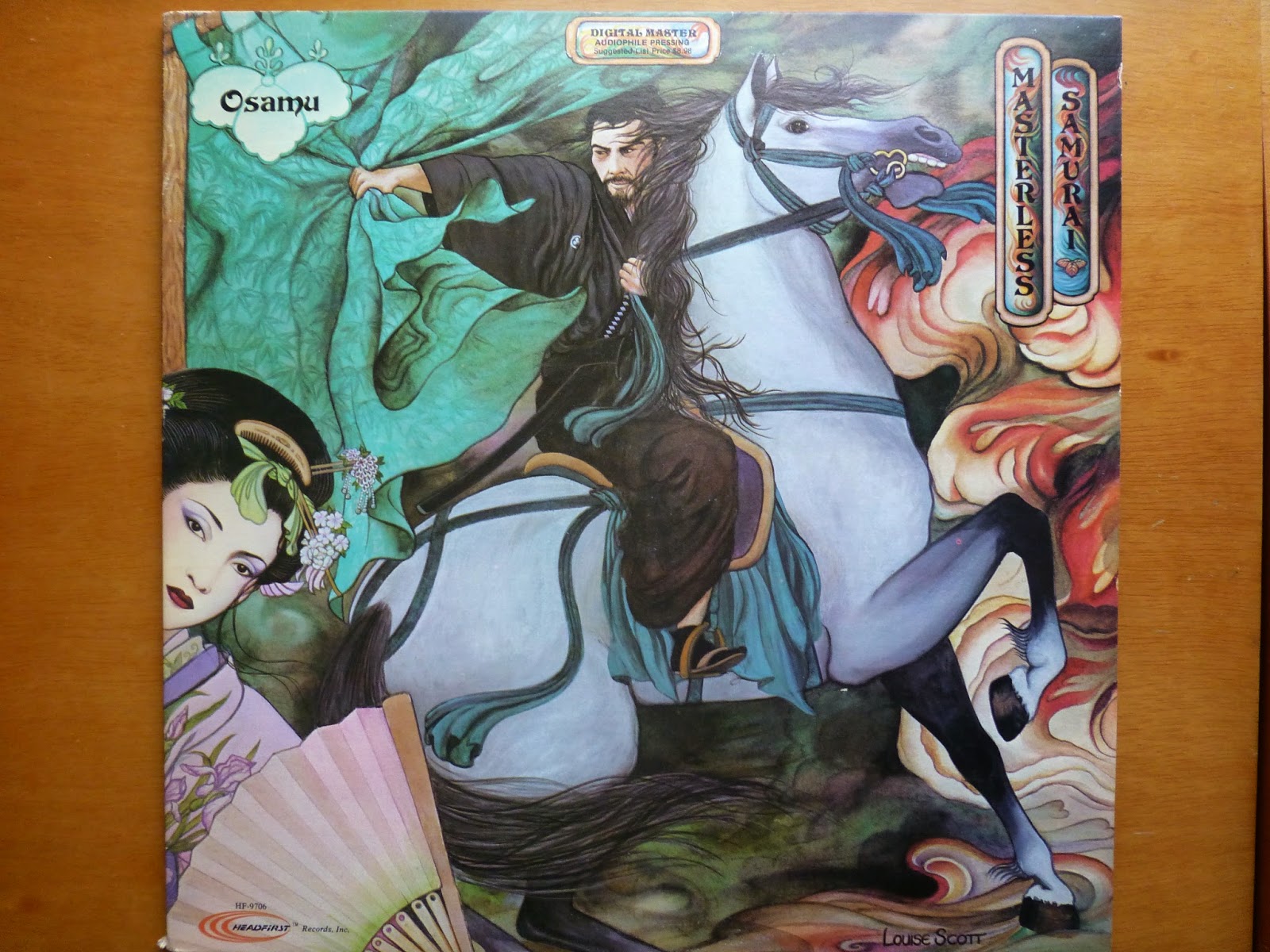 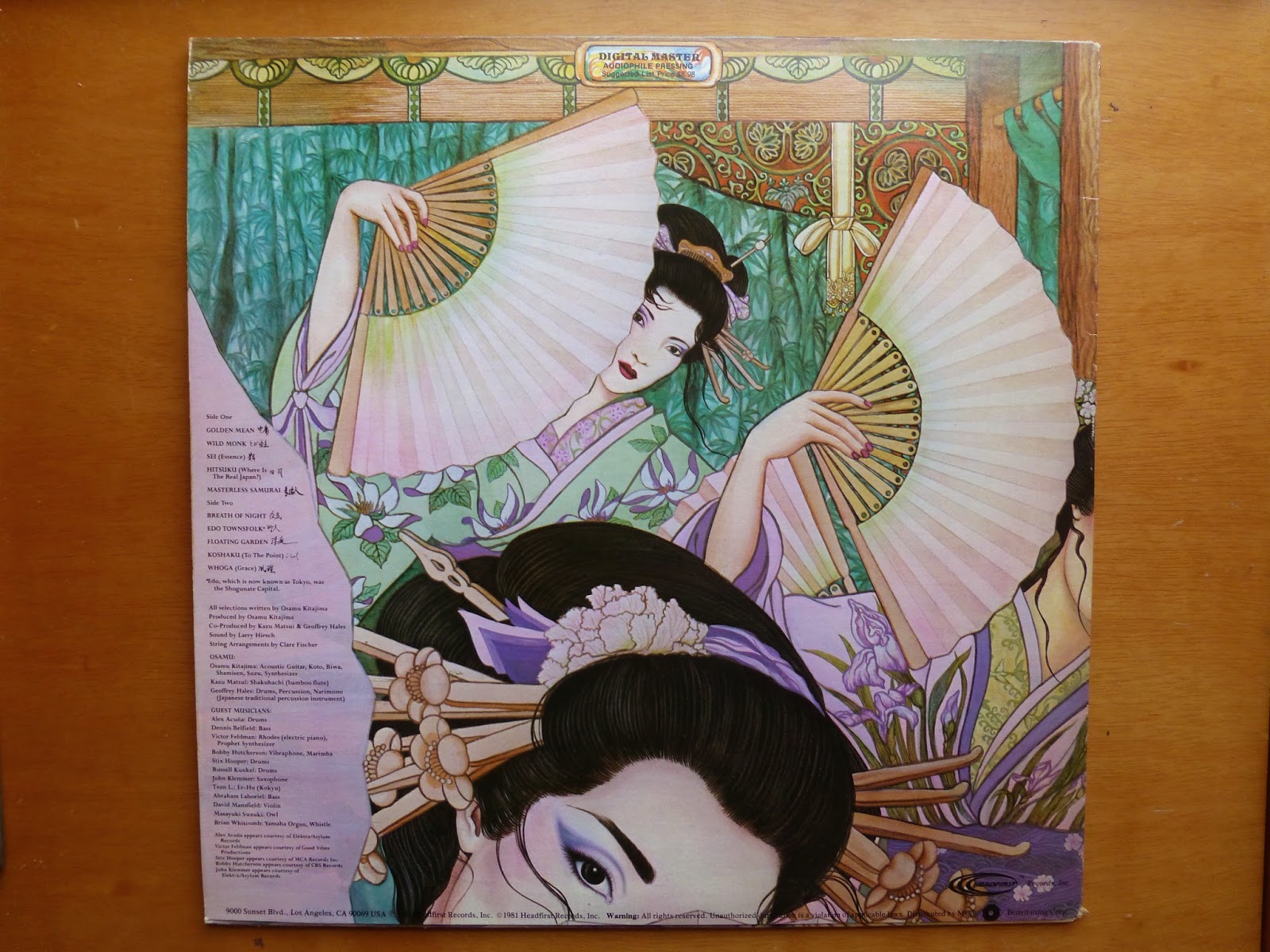 So, thanks for the inspiration, Kuni.
Posted by Dennis J. Woodyard at Sunday, May 03, 2015