This Sunday's Music Muse Day post is dedicated to John McLaughlin on the occasion of his farewell tour of the U.S.  He announced last year that he was retiring from touring, and this current tour would be a chance to thank and bid farewell to his many fans here in the States. 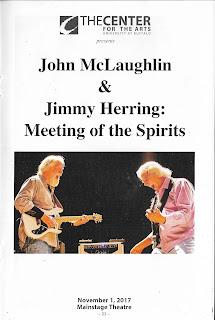 I've been a fan of John McLaughlin from the very beginning, from his first recordings with Miles Davis on Bitches Brew, and then through his first solo works, Extrapolation (done while he was still in England, before coming to the U.S. to join Tony Williams Lifetime.  John actually turned Miles down to play with Lifetime) and My Goals Beyond, which has the core players that would later form Mahavishu Orchestra. I had the pleasure of seeing John McLaughlin play live many times throughout has career with his different versions of Mahavishu Orchestra, Shakti (his acoustic Indian music fusion band), and his trio dates with Al DiMeola and  the late Paco De Lucia. I amassed a collection 19 of his album and 20 CDs (only five being dupes of albums I already owned)  I consider McLaughlin a true music artist, always exploring new territory and never satisfied to rest on his laurels. 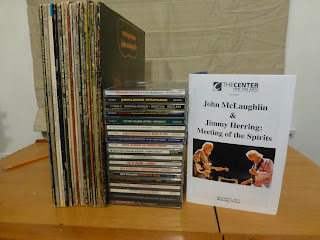 With the sad passing of two of my guitar heroes this year, John Abercrombie and Larry Coryell, I felt seeing a John Mclaughlin's fare well concert date was a must.  When I found out he had date set at the University of Buffalo, that make it a no-brainer.  I got tickets and last Wednesday I attended the show with Lisa, and my son Spencer, who attends UB. 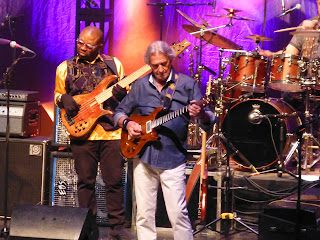 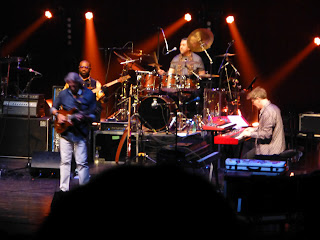 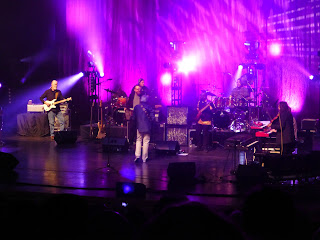 The show was great, present in three parts.  Jimmy Herring, who shares the bill with McLaughlin, open with a set with his own group Invisible Whip, that could be called an "McLaughlin cover band", but not in a bad way.  He opened with a Miles Davis tune from Bitches Brew well known for John playing on.  He definitely has the chops.  He did play like original, too.

The second part was John McLaughlin and his group playing tunes from various catalogue, all great stuff.  Most touching was a tune dedicated to Paco De Lucia.  The final segment of the concert had Jimmy Herring and his band join McLaughlin's group to play Mahavishu Orchestra music.  I admit Jimmy Herring seemed to do a lot of heavy lifting (playing) for some of the tunes.

All in all it was great to see the John McLaughlin perform one more time.  Hopefully, we'll still have him around and playing for years to come.
Posted by Dennis J. Woodyard at Sunday, November 05, 2017