Continuing with the promotional package for The Comic Strip syndicated series that features TigerSharks ( the Thundercat clones in water) and bunch of comedies, Street Frogs (don't ask), Karate Kat (my favorite) and Mini-Monster (do I have to tell you the premise). Here's the cover and some TigerSharks art to start. I didn't design any of these characters.  Designs were done by Bob Camp and Pepe Moreno. My main role was to call animation re-takes (animation mistakes in the rough cuts) in the post-production process.

Street Frog was Rankin/Bass attempt at urban themed (black) show.  Hip-Hop music was just starting off and I think R/B was going for a Beatles or Monkees type animation show.  But, problems with the the original Hip Hop musicians caused the show to fall short of the mark, and it never quite found a audience. 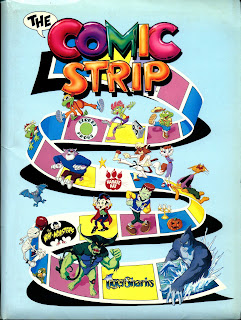 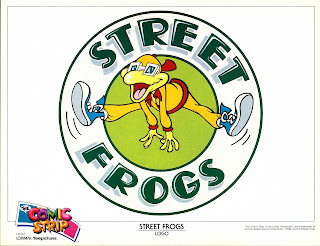 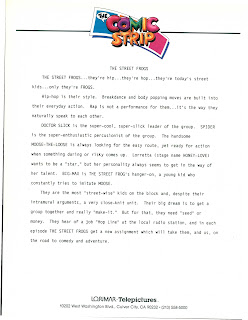 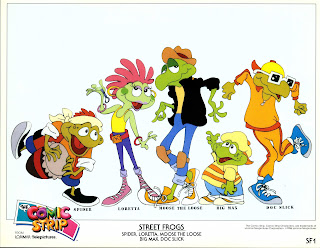 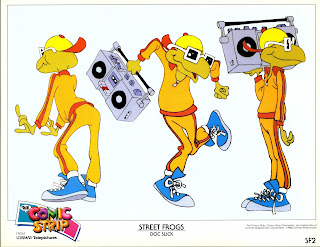 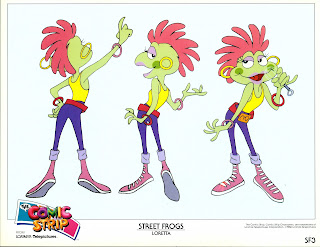 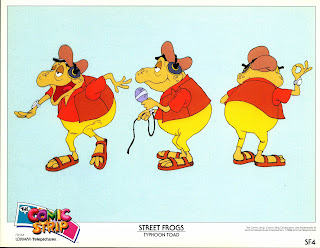 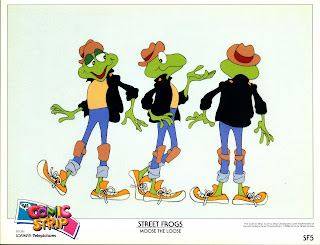 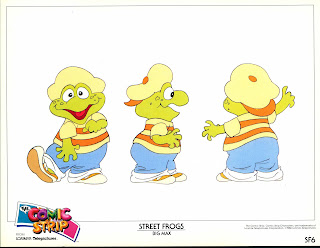 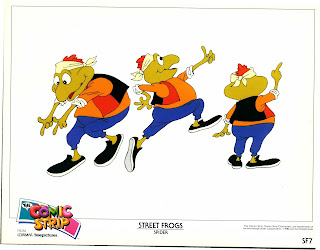 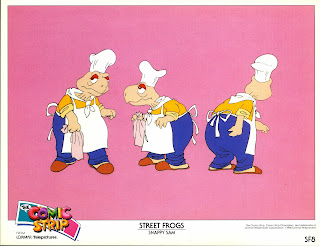