I posted a video of some character designs I did for a proposed animated series, Bionic Squad, based the Six Million Dollar Man TV series from the 1970's.  In the Bionic Squad, Steve (Bionic Man) Austin's new team was "unwillingly given their super-human abilities after being captured by evil RAPACIANS (aliens), who have a secret underground base on the far side of the moon". The Bionic Squad show pitch was developed my writer Sheri Goodhartz, and Will Meugniot, producer and director of ExoSquad animated series.  I was the oversea animation supervisor for the first season of ExoSquad and co-producer and co-director on the second.   Actually this pitch was done between the first and second season of ExoSquad while we were waiting of the second season pickup, in the fall of 1993.  I had return to NYC from South Korea, so Will ask me to work on development keep be busy and connected (thanks, Will).  I included some of Will's drawing also.  Enjoy.

Here the sketches: Clip on them for enlarged view. 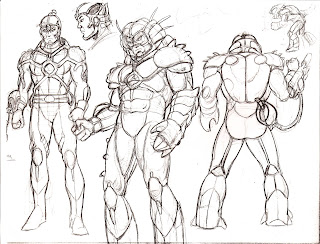 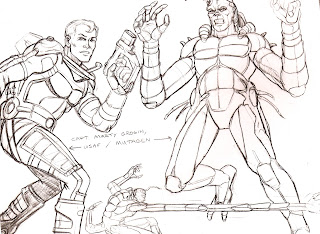 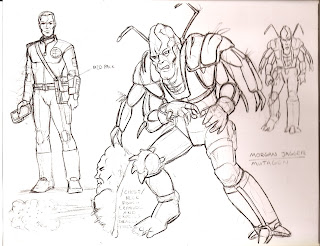 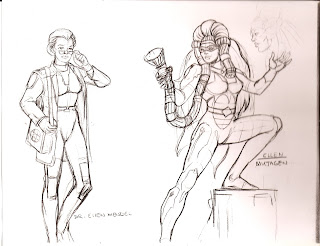 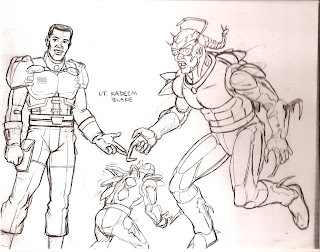 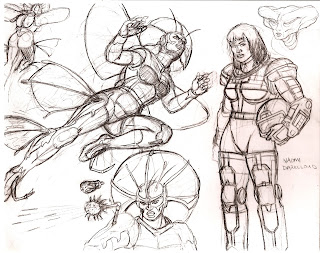 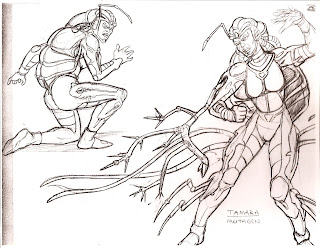 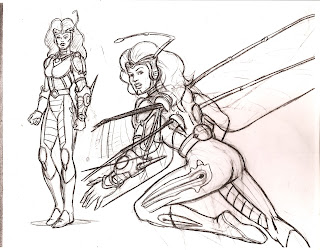 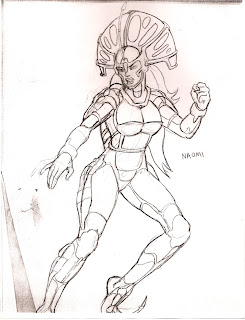 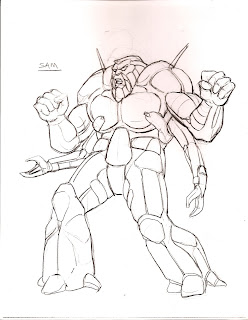 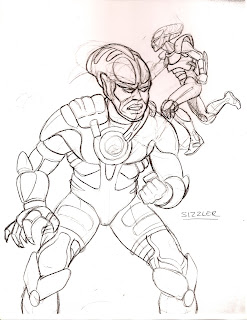 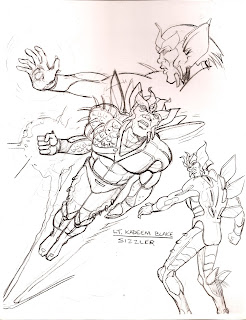 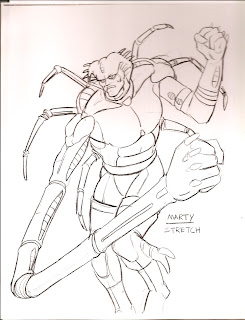 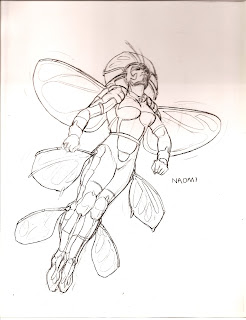 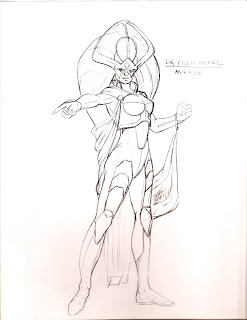 The following sketches are by Will Meugniot. 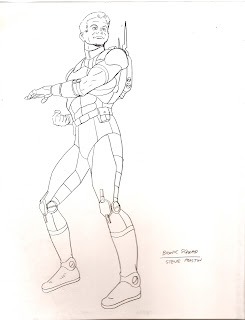 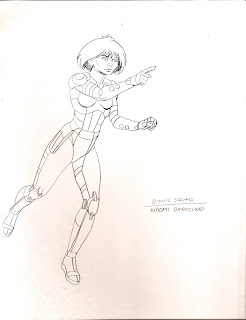 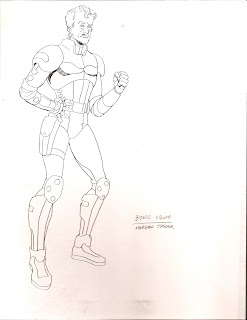 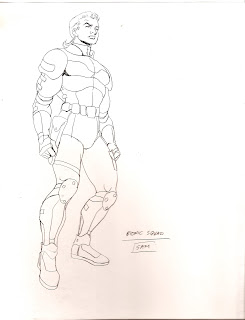 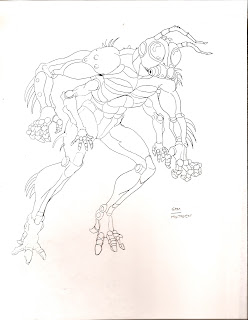 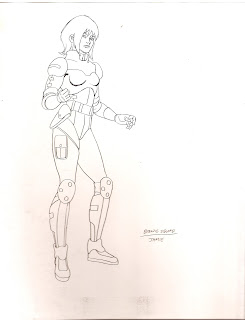 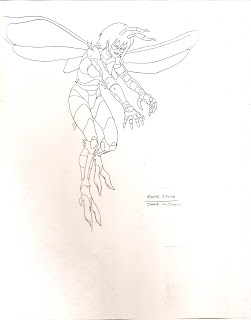 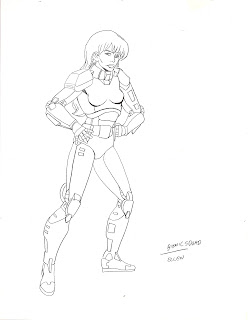 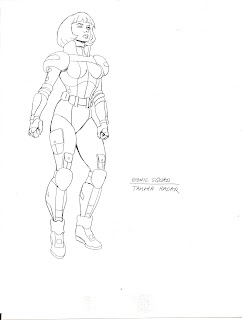 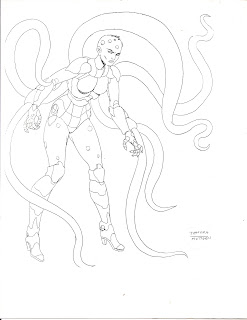