This gloomy and windy Sunday Music Muse Day finds us worrying if our weeks of leaf racking will be scattered by expected high winds today, 30-50mph. To ease the tension I have some good tunes to listen to.  First up is Aldo Romano Ritual, the Italian born drummer who moved to France when a child and played guitar and drums professionally in the 1950s.  He earned attention playing with jazz musicians Don Cherry and Steve Lacy. In the 1970's he started leading and recording of Avant Garde and rock influenced jazz Fusion.  Those strains are definitely evident in this, his 4th album as a leader, from 1988. It's an adventurous mix and very enjoyable to hear music that's not easy to pigeon hole.  I admit the cover art design first caught my eye, plus the trumpet and flugelhorn player was feature on the next selection. 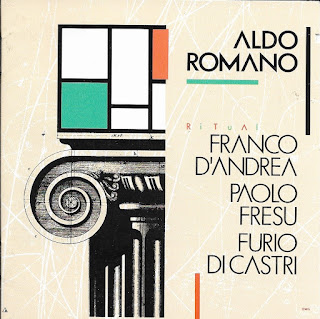 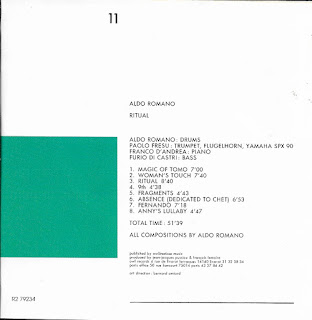 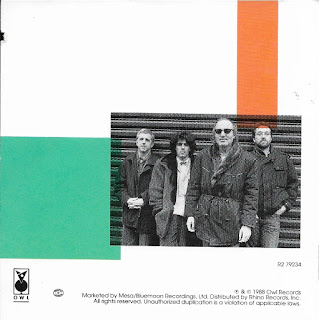 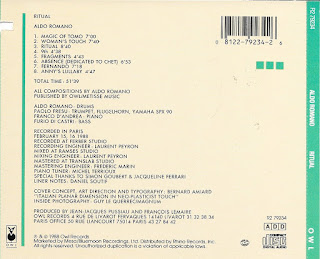 My next selection is one I presented before, but it deserves an encore appearance, Ralph Towner/Paolo Fresu Chiaroscuro.  This is a beautiful CD by the legendary guitarist Ralph Towner, who at 80 year old is still performing and touring. (His Facebook group one of the few musician groups I follow)  The CD has one of my favorite Towner compositions, Sacred Place. The very first time I heard it, it brought a tear eye with the simple beauty of it. There are two version on the CD, one with Towner playing solo, and aversion in duet with Paolo Fresu on Flugelhorn. both are excellent but I prefer the solo version. Of course, the rest other CD isn't bad either.  I can't recommend this highly enough. 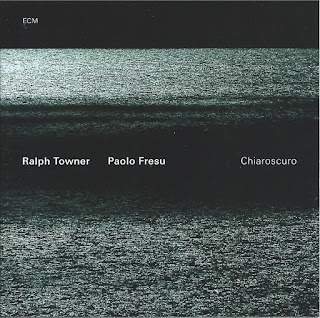 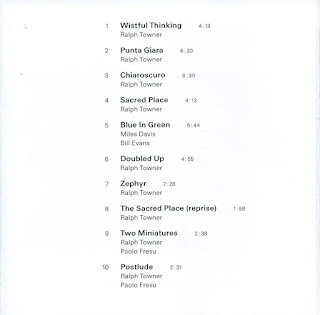 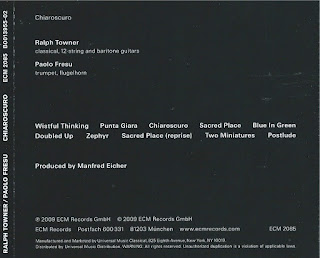 Here's another Warped Sky Stray Clouds post, actually a follow up video to my No Laughing Live - In Studio Live videos. My friend Paul Kovit, was the founder and drummer of the ad hoc group, but was really a talented folk guitarist and singer/song writer. Besides his solo gigs, Paul was a member of the New York City-based Whirligig which fused Celtic sounds with other traditional folk and world musics. The group played folk festivals across the U.S. These videos are of a recording of a casual playing session while visiting me, "Audience of One", while I worked at Doros Animation studio in NYC back in the mid-1980s. I asked Paul to play an original tune of his I liked, "Don't Call Me Dear", and I used my Sony Walkman to record it, he did, and kept playing, so I kept recording.

These recording bring great memories and help me reconnect with an old friend.  Paul liked hearing
these songs, again. he sending a Whirligig CD  I can't wait to hear it.
Posted by Dennis J. Woodyard at Sunday, November 15, 2020