This Sunday Music Muse Day find us having a changeable fall weather day, Sunday, then cloudy, then windy.  Just the kind of day to enjoy these young jazz guitarists, who I think of as new guard picking up the torch from my 70's  guitar favorites, like John McLaughlin, the late John Abercrombie, and John Scofield.  Kurt Rosenwinkel Deep Song is solid outing from musician who has established himself solidly in the New York jazz scene. 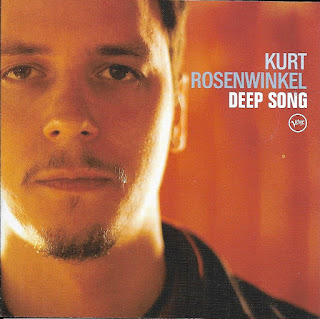 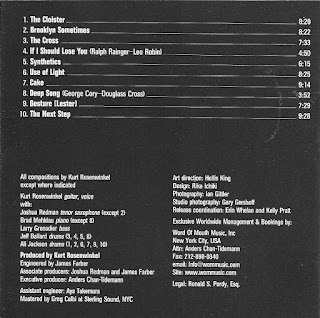 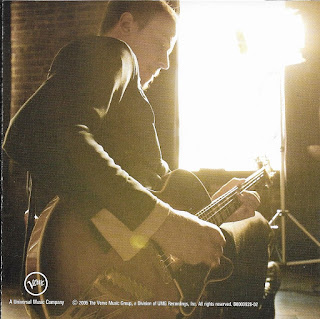 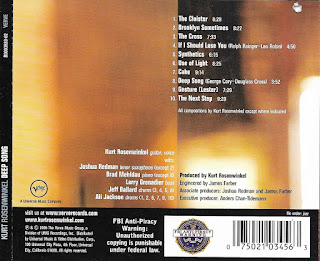 My second is Julian Lage Arclight. Another guitarist who has made his mark first as child prodigy, then as band leader, noted sideman with Gary Burton, among others, and educator. I hear strains of John Scofield and Abercrombie in the CD, and a little playfulness of Bill Frisell. Well worth a listen. 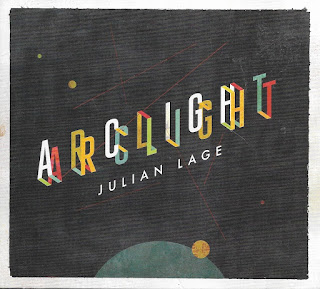 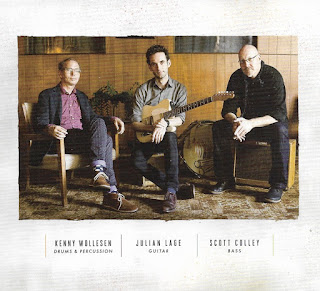 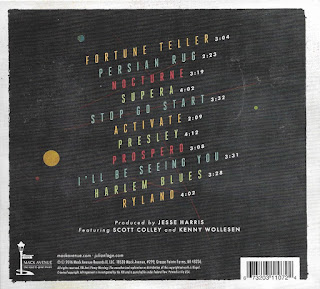 This week Warped Sky Stray Clouds entry is the continuation of my travel down the Rabbit Hole I started last week with the word "fancy" from the Inktober prompt, which led to my tale of the folk group Solidier's Fancy, led by singer Marie Mularczyk.  As I said, I was a friend of Marie through another musician friend and co-worker, Paul Kovit,  Paul was excellent folk guitarist and song writer, but he had a desire to play drums, so he got the idea to rent a practice studio, invite some friends to come play and jam so he could bang on the drums.  I asked me, and after heavy arm-twisting, I agreed. Paul was much better guitarist and musician than me. At the studio we were joined by...Marie Mularczky on acoustic guitar and vocals, Jerry Mastriano on electric bass, and female singer guitar who only came to a a couple of early session, not sure it was Hazel. I play my Fender Stratocaster with my EFX rack. We ended up playing Irish Folk tunes which I never played before. Paul named the ad-hoc group "No Laughing", is in no one was to laugh at his mistakes as novice drummer.  Well there was plenty of good hearted laughs in the year of bi-weekly sessions.  We start recording the sessions for fun.  In the end I thing we surprised ourselves.
So, that brings me to the deeper the the Rabbit Hole, as I kept the cassettes, recorded on my Walkman, from our collection year and half session. I listened them and decided to do a "best of..." video.  This is done very tongue-in-cheek, leaning heavy on nostalgia of old friendships. That said, we don't sound half bad. No worst that any ad hoc band you find playing some small local bar/restaurant to a near empty room except for close friends and family of the band.
In putting this video together, I imagined it as the live set we'd do in funky bar.
No Laughing - In Studio - Live
"Susanna Martin" - About a maiden accused of being a Salem Witch.
"Back Home in Derry" - A tale of an Irishman's journey to the Australian Penal colony. (This is my Favorite tune,                                           the parallel to the American slave trade was enlightening.
"Liverpool Lullaby (Mucky Kid) - Tale of Victorian slum living (I got make good use of my guitar efx)
"Ready for the Storm" - Sailor fighting the raging seas.
The fun aspect for me was I got to play Irish/Scottish folk tunes I would have never sought out. Paul and Marie pulled those from your play list. Paul and Marie worked out the basic arrangements and over time we came to group arrangement.  I was allow come up with guitar parts, using my Fender Stratocaster and efx rack.
But, slipping deeper in the creative Rabbit Hole, I made a music video telling the stories in the songs.
Not to stop there I pulled two other tunes, "Bonus Tracks", which I made a separate video for. One is my only original tune presented the band, "Dream Again", done with my average vocal and a nice vocal back up by Marie. The second is our merciless butchering of the Lou Reed's "Sweet Jane".  We loved the tune, even if we could do it justice, but it was fun to play.

That's the real bottomline, Those were fun times. an I hope to share them with my old bandmates, if I can track them down. Exiting the Rabbit Hole...for now.
Posted by Dennis J. Woodyard at Sunday, October 18, 2020