Happy Sunday Music Muse Day.  This week features some favorite artists that I thought I have the albums of, but in fact, I didn't.  Case in point, Miles Davis Sketches of Spain, a re-issue CD of the classic LP with music arranged and conducted by Gil Evans.  I really thought I had the LP.   I know I heard the music.  I'm thinking I might have borrowed it from the Lincoln Center Music library years ago in NYC. Actually in reading the liner notes for the CD, I might have still bought this because it contains four tracks not on the original LP, plus it has a informative booklet with nice photos of the recording session. 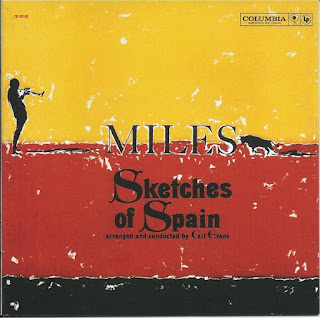 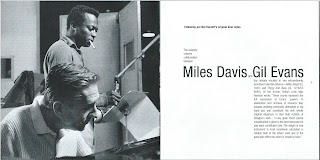 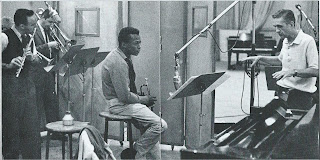 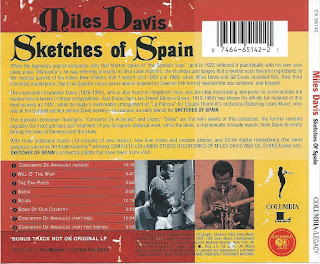 Second, is another CD that I thought I had the LP but, I checked, and I don't.  Tony Williams Lifetime Emergency, a CD of the milestone 2 LP set, with John McLaughlin on guitar, and Larry Young on organ.  This is the group Tony left Miles to form, and interestingly John Mclaughlin  turned down Miles' offer to join his group to join Lifetime, instead.  Another interesting note was the that the original recording was consider by all as "badly botched" with "poor balance and rampant distortion".  Many felt that it add an "raw edge" to it.  This CD was re-mastered in an attempt to, as engineer Phil Schaap states, "getting the audio presented here up to its meager but acceptable level".   As it shows the birth of Jazz Fusion (for better or worse) the rawness offer authenticity. 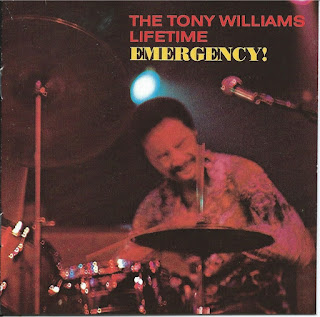 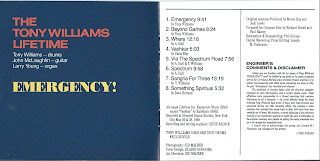 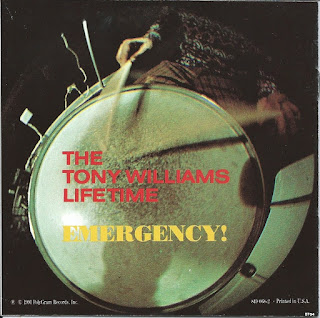 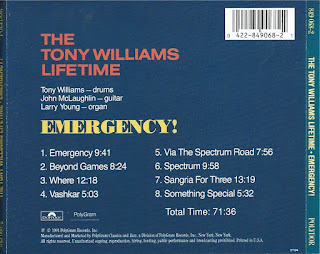 Next is another favorite guitar of mine, John Scofield Band Uberjam.  There's not much I can say about this except that John is having a fun time playing fusion that mixes a lot of different influences in an interesting way.  Just by the cover art (Hessdesignworks.com) you can tell this is not a straight ahead jazz session. 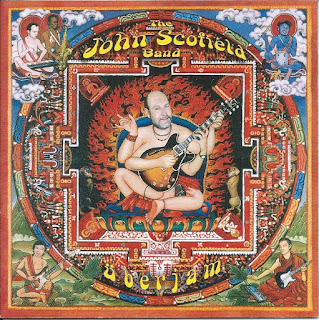 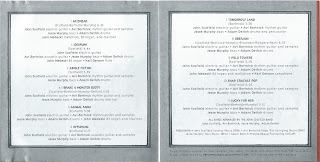 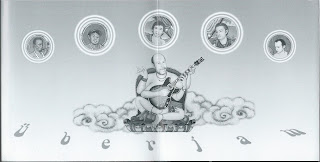 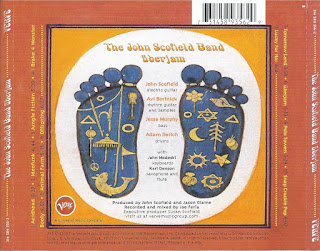 Last is the jazz songwriter, pianist, and bandleader, Patrica Barber, Mythologies. According to allmusic.com, "in 2003 ...received a Guggenheim fellowship to create a song cycle based on Ovid's Metamorphoses.  ( Barber )has taken the heart of Ovid's text (he was a Roman poet doing his own intertextual take on Greek mythology) and created 11 pieces, each based on one character in his cycle. She's in turn written a different piece -- in style, linguistic content, and feel -- for each character she was drawn to" The site goes on to call this Barber's masterpeice. I enjoy her music, but she can be pretentious at time.  That said I  have several of her CDs and like her enough to try more. 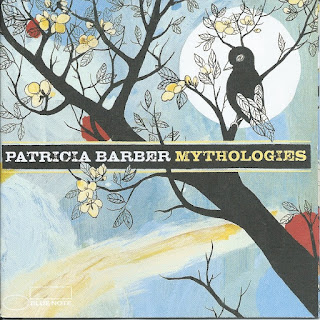 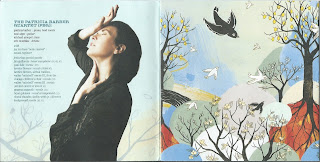 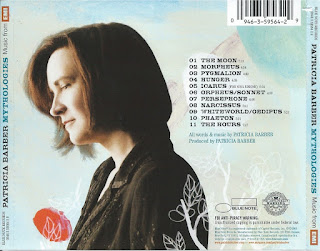 I also, shuck in so Brazilian music this weekend to mark the start of the Rio Olympics.  But I cover those before.  Enjoy.