First and foremost we bid a heartfelt farewell to the great Clark Terry, who passed away today.  Here is announcement from his family:


RIP CLARK TERRY - December 14, 1920 - February 21, 2015.
"Our beloved Clark Terry has joined the big band in heaven where he'll be singing and playing with the angels. He left us peacefully, surrounded by his family, students and friends. Clark has known and played with so many amazing people in his life. He has found great joy in his friendships and his greatest passion was spending time with his students. We will miss him every minute of every day, but he will live on through the beautiful music and positivity that he gave to the world. Clark will live in our hearts forever.
With all my love, Gwen Terry."

I'm happy to know that Clark considered my father, Sam Woodyard, as a close friend for many years.  I had the opportunity to meet Clark once in NYC about after Sam passed away.  He was very  a gracious and warm person.  His music will continue to enrich our lives for an eternity.
Here's a favorite CD of mine by Clark Terry's that contains two re-issues albums, Clark Terry: Out on a Limb and Paul Gonsalves: Cookin', on which my father played drums.  The liner notes has a very funny story told by Clark about inviting Sam to the stage during a gig in Paris, when Sam was very sick.  It's very funny, and shows the love and respect the had for each other. 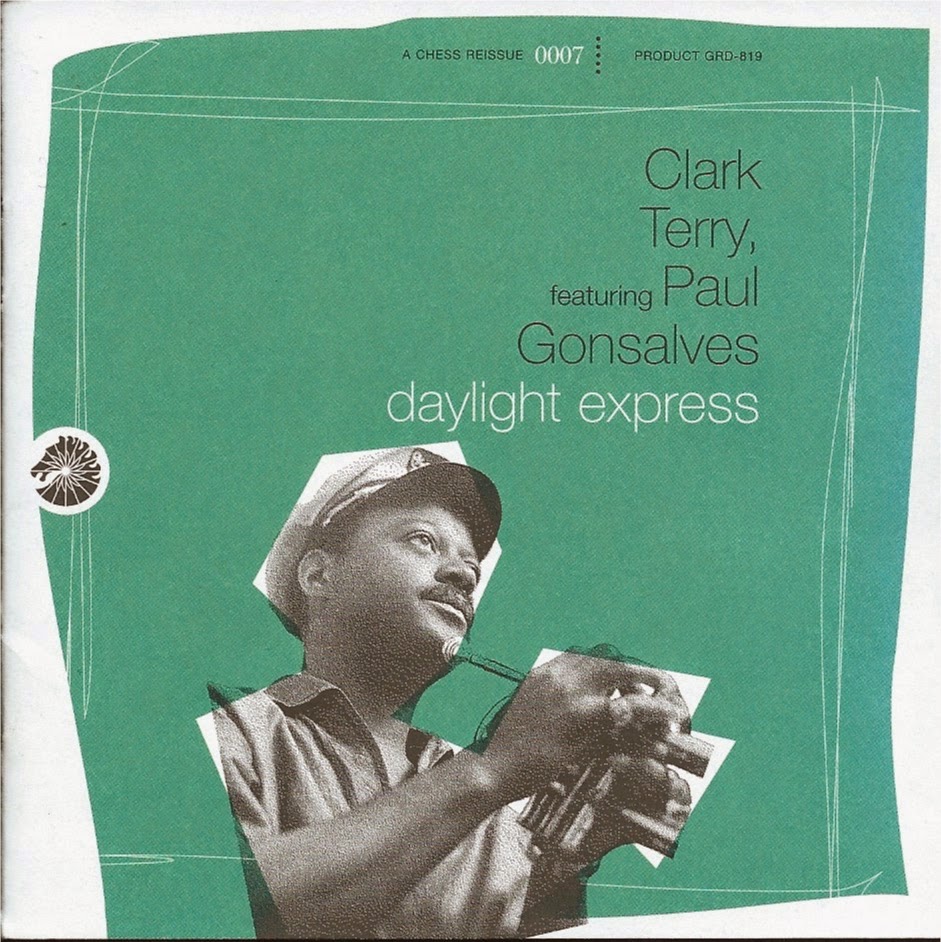 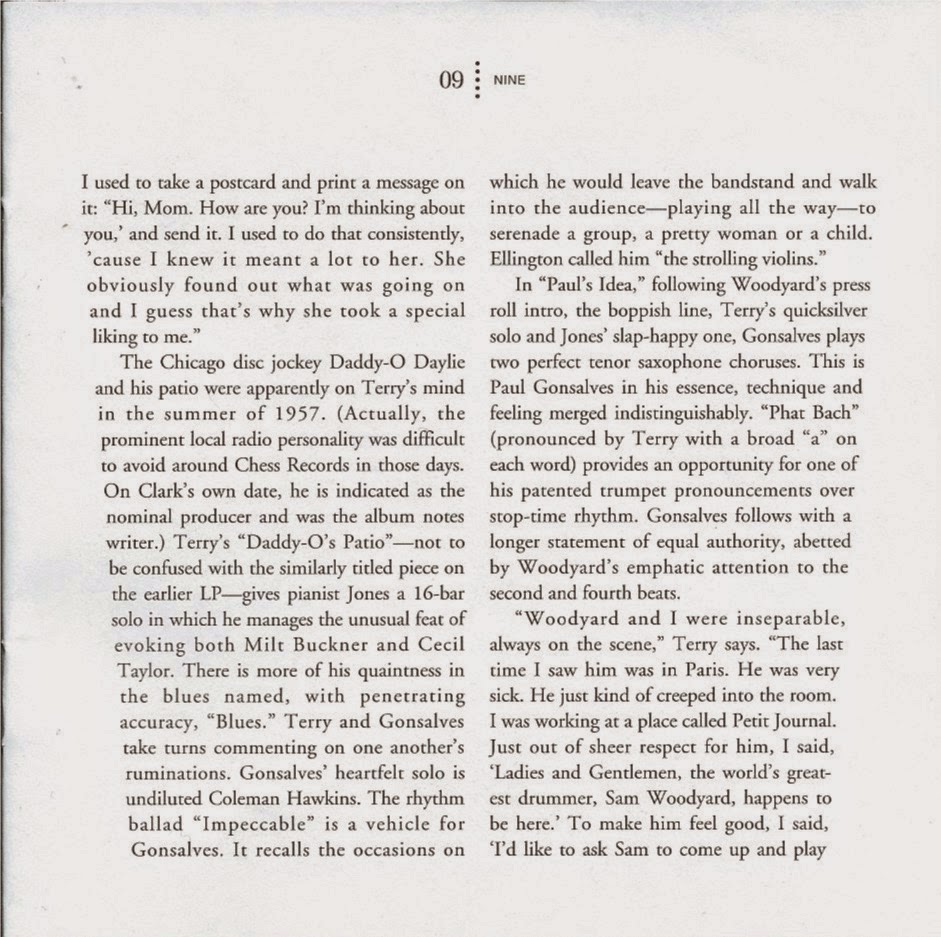 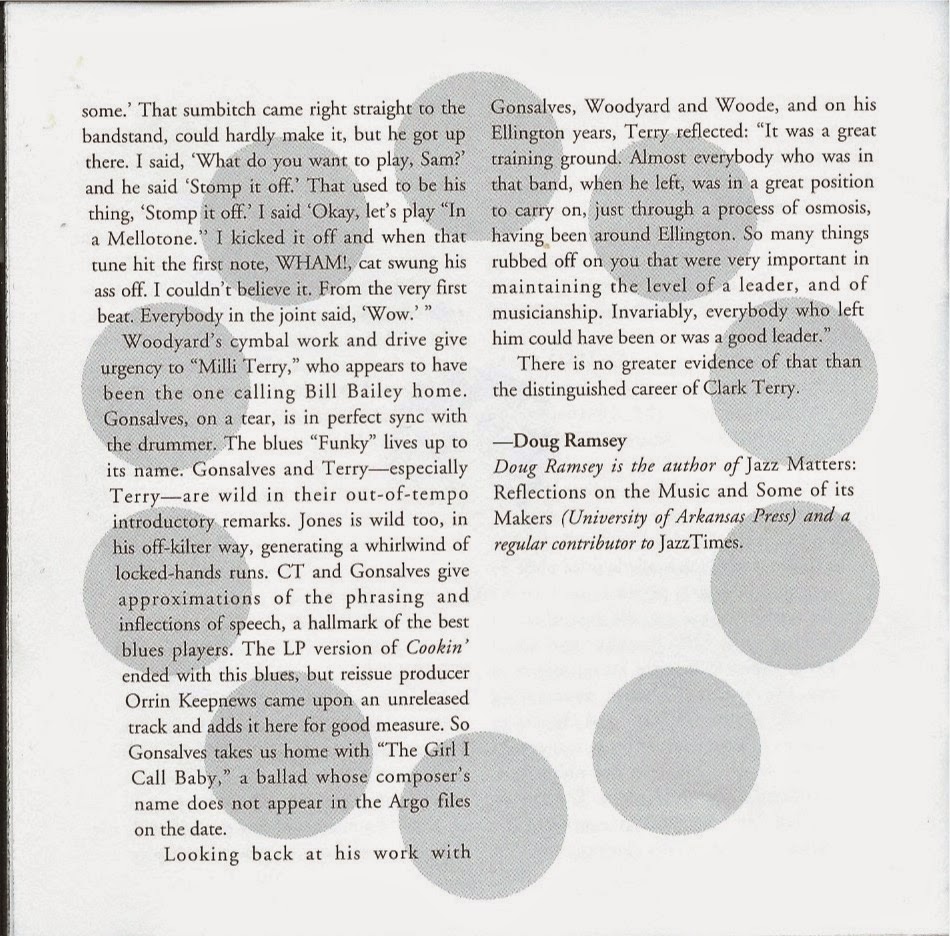 So, I'd like to offer my deepest sympathies to Clark Terry family and friends.  I'll keep them and my thoughts, and my heart.  Rest in peace, Clark
Posted by Dennis J. Woodyard at Sunday, February 22, 2015