This Sunday Music Muse Day find me celebrating the new release of friend, and October birthday boy, Mike Melito, with The Mike Melito/Dion Losito Quartet You're It. This a tasty and highly anticipated CD has Mike and company deliveriing a solid and smooth swinging session.  I glad CD player use lasers and not needles or I wear this out in not.  I picked my copy at Bop Shop Records, you can, too.  Support you local musicians and retailer.  We need them both. 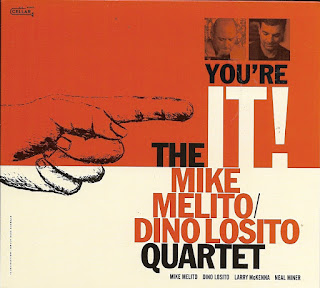 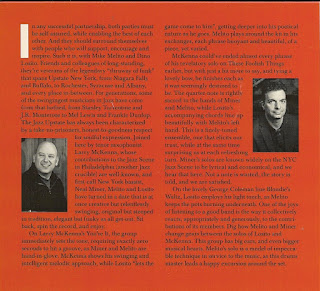 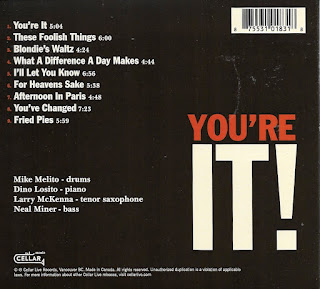 To round out my weekend music, here's Bill Evans Trio On A Monday Evening.  This a live recording of a date at the Madison Mission Theatre in Madison. WI. on Monday November 15, 1976. The liner note say even with the rise of electric jazz fusion and Bill's Heath issues "brought on my years of narcotic addiction, was still at the top of his game in'76".  I rarely hear a Evans recording when he's not.  This will been get plenty of hearing time from me. 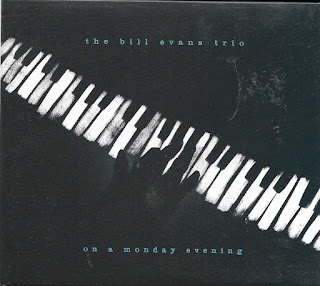 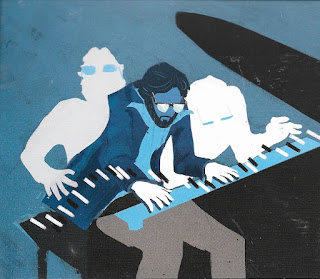 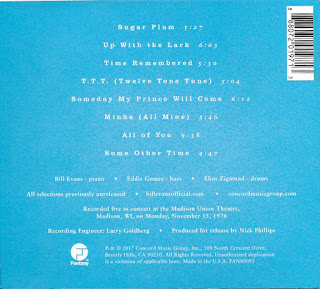 Time for another additional extra, which a start with a Inktober 2020 drawing.  It curious how one word can launch you down a creative rabbit hole that would make Alice think twice.  Inktober's # 7 prompt was the word "Fancy".  Simple, enough but my brain immediately jump to "Soldier Fancy",  which was the folk group of friend back in the 1980's n New York City.

I was pressed for time, so I Google "Soldier Fancy" the song and the group. First thing to pop up was a paint titled "Soldier's Fancy" by Henry Victor Lesur. 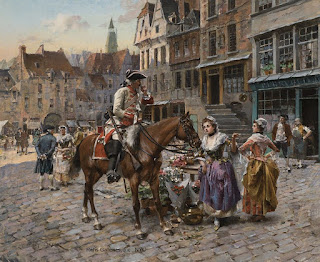 This was a good start point for me.  I dug into Google more and found one version of the song on youtube, not by the Soldier" fancy I knew.  There isn't an online version of original group, Marie Mularczyk, Hazel Pilcher, and Jerry Mastriano doing the song (there has been additional members at different times)   There was a Soldier's Fancy reunion concert held in 2018 at the Folk Music Society of New York, although only Marie Mularczyk  remained from the group in he '80s.  The concert info mentioned Soldier's Fancy was featured at the first Annual Village Voice Festival of Street Entertainers.

As it happens,  I have a cassette of the event, Street Heat, given to me by Marie, stored with my  Warped Sky cassettes. Plus, I had another cassette, Ballads Broadsides and Bad News, with Marie, Hazel and Jerry, which has the song Soldier's Fancy" on it, so I played the tune to refresh my memory on the lyrics 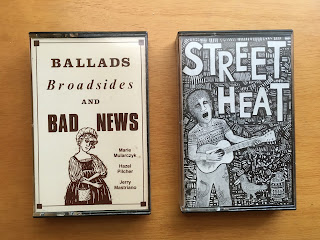 I decided to do drawing inspire the lyrics of their title song.  I tend to do my drawing in the early evening, in about 2-3 hours.  This came out well. 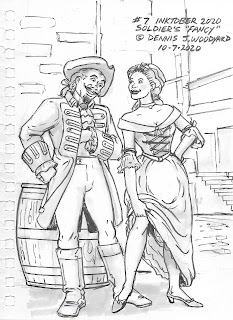 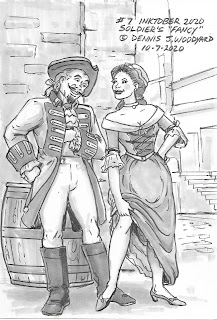 But as finished the the rabbit hole sucked me in deeper.  I needed to make a video using the tracks from the cassettes and my art.  But, one element was missing, I remembered I had a old Soldier's Fancy concert flyer somewhere my art file, that wild be perfect the video.  Of course, I didn't know exact where, so that meant search through boxes and art files in the basement. Three hours later I found it. 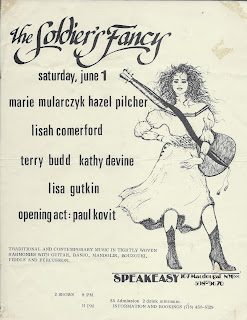 So, I gather the artwork and transferred the tunes from the cassette and make this video.
But the travel in the Rabbit hole are to be continue,  next week.  You see, as I said I was a friend of Marie through another musician friend, Paul Kovit,  he's the opening act on the Soldier Fancy concert flyer.  Paul was excellent folk guitarist and song writer, but he had a desire to play drums, so he got the idea to rent a practice studio, invite some friends to come play and jam so he could bang on the drums.  I asked me, and after heavy arm-twisting, I agreed. Paul was much better guitarist and musician than me. At the studio we were joined by...Marie Mularczky on acoustic guitar and vocals, Jerry Mastriano on electric bass, and female singer guitar who only came to a a couple of early session, not sure it was Hazel. I play my Fender Stratocaster with my EFX rack. We ended up playing Irish Folk tunes which I never played before. Paul named the ad-hoc group "No Laughing", is in no one was to laugh at his mistakes as novice drummer.  Well there was plenty of good hearted laughs in the year of bi-weekly sessions.  We start recording the sessions for fun.  In the end I thing we surprised ourselves. 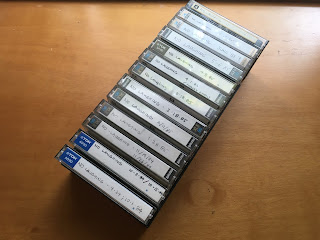 Next week.  Enter No Laughing.