This Sunday Music Muse Day selections were inspired by group comments on a  ECM Facebook group.  Group members highlight their favorite ECM release, news, or comments about a musician connected to the famous German record company.  I'm slightly amazed at the number of ECM artists I never heard of, and more so, of the releases of material of artist I've known.  My first selection, Bill Conners Return, came from the mention of Bill Conner's birthday September 24th.  (I featured him in my Jazzy Birthday video). Bill Conners recorded several solo albums, and various sideman sessions, with ECM, after leaving Chick Corea's Return to Forever.  After returning to more electric jazz fusion with his power trio, he seem to stop recording after 1987.  I hadn't come across Return in my recording shopping trips, so I bought it online. The CD "Return" was his return to recording back in 2005, and his last release, so far.  He seem to have preferred teaching than recording.  Return is a nice collection of post-bop jazz rather than fusion, which might disappoint some fans, but I like it.  He does give a nod to his power trio records by including the tune, It Be FM, which I remember from his Assembler CD, released in 1987. 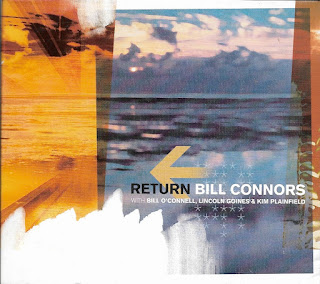 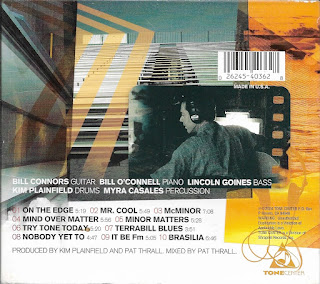 My next selection, also come from comments on the ECM group page.  Marc Johnson Shades of Jade.  I have several of this excellent bassist's albums and CDs starting with Bass Desires back in 1986, with guitarists Bill Frisell and John Scofield, but also his many sideman appearances with other favorite musicians like Peter Erskine and the late John Abercrombie. Again, the ECM group highlighted releases I never come across, so I'm going to start buying them online, instead of waiting to come across them in random shopping trips. I like Marc Johnson playing and here he share writing credit with his partner, piano and singer Eliane Elias, a well known musician and artist in her own right. It's solid, enjoyable session. I know I'll be returning to many times. 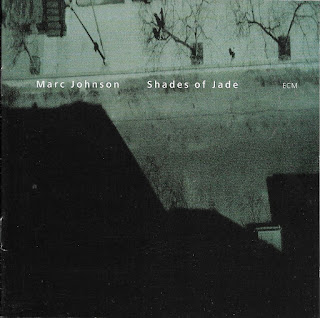 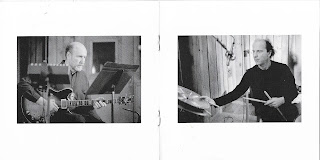 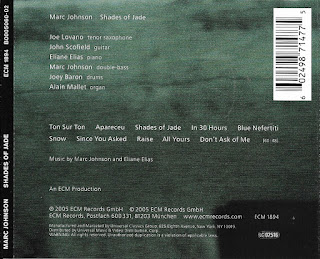 Continuing with my Warped Sky - Stray Clouds posts of unheard, and buried personal music.  I have decided to use my last entry "Jazzy Birthday" as a monthly theme to celebrate the birthdays of jazz musicians.  There is no way I can include ever musician with a birthday in any month, so I've limited it to mainly ones I have in my music collection, so I can post a selection with person presented. At the risk of embarrassing them, this month features some local jazz musicians and friends connection to them, starting with friend Mike Melito, Nancy Kelly (with Bob Sneider), and Clay Jenkins (with Trio East and Rich Thompson).
Happy October "Jazzy Birthday" birthday to all.