This Sunday Music Muse Day find me featuring two of my favorite guitarists, with a twist.  Both selection were acquired online for different reasons.  First up is Bill Conners Swimming with a Hole in My Body, his second solo acoustic guitar released on ECM, after Conners left Chick Corea's Return to Forever after being their original electric guitarist, before Al DiMeola. I have the original 1979 vinyl album release, but wanted to this CD for convenience, since my turntable is only connect to my computer (I thought, briefly, I'd digitize my vinyl collection.  I give it that idea, first) . Also I recently picked up the ECM reissue of his follow up Of Mist and Melting, a group recording on CD.  It seems 'Swimming...' wasn't released in the U.S. so this is a Japanese CD. Such I don't mind except I can't read the liner notes, and the cover title type is not as nice.  The music is just as wonderful as I remember. 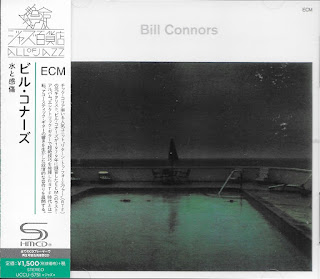 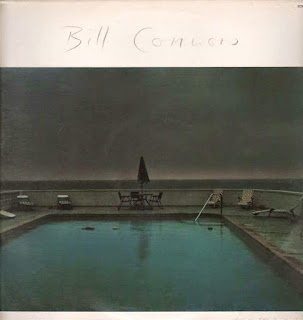 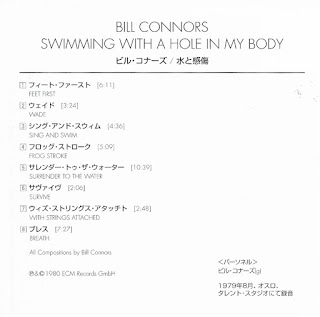 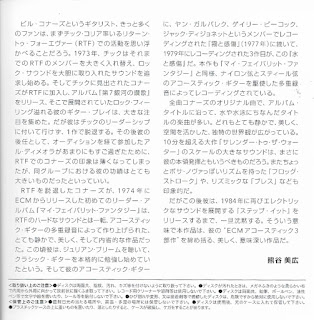 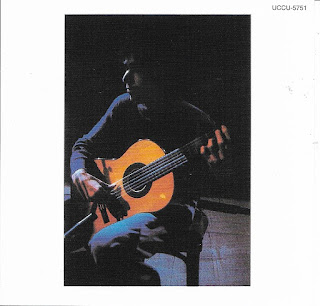 Next up is "Upojenie (English: Rapture) is a 2002 collaboration between Polish folk and jazz singer Anna Maria Jopek and jazz guitarist Pat Metheny, recorded in Warsaw, Poland. It features Jopek's compositions and traditional folk song arrangements, as well as some of Metheny's well-known tracks, such as "Are You Going with Me?" and "Follow Me"...In 2008 an international edition of the album was released by Nonesuch Records. The running order of the selections is different and three additional songs are included." from Wikipedia.

I found this by accident on youtube, as it has version of one of my favorite Metheny tunes, "Tell Her You Saw Me", on it with Anna's vocals.  Some of it can sound a little smooth jazzy, but when you're in the right mood, it hits the spot.  I still just amazed at the range of musical output of Pat Metheny. Again, I ordered this online, since I've  never seen a copy here in the U.S. 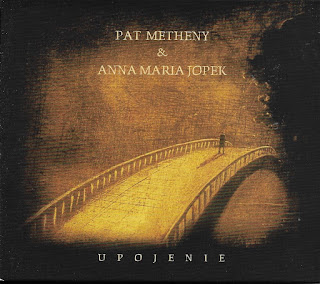 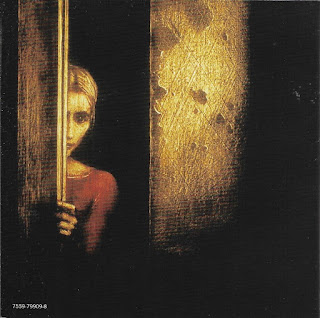 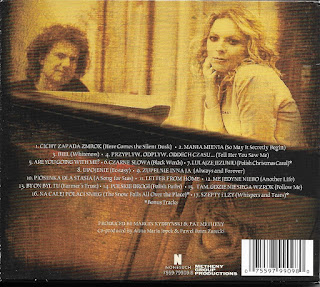 Here's another song in my Warped Sky - Stray Cloud series. The song, Take a Walk with Me is a original tune, written by Richard Miceli, my creative partner in the undiscovered Warped Sky Band, in 1978. It was adapted from a poem of his and I came up with simple shuffle for him to improvise on flute against. The original version. with Richard's vocal and flute playing is included at the end of this video. This was actually the first we played it together. Although I screwed up, losing timing playing the drum machine, it is the better version of the tune. Richard vocals and flute really caries the tune. This new version was made with my vocals and guitar playing, and using a backing track created in Band in a Box music software. You write in chords and a lead line and it creates a backing track, and even a solo performance, with varying degrees of success. I'm often surprised how my simple tunes sound fleshed out by a full band, even an artificial one. I admit this new version doesn't have the funky charm of the original. Still, it one more for the archive.


My thanks to my good friend Mark Heller for letting use his photography in the videos. Enjoy.
Posted by Dennis J. Woodyard at Sunday, August 09, 2020