During a tough personal time,  the Sunday Music Muse day is a change to take my mind off things and feel slightly more normal  First up is the trio of Keith Jarrett, Gary Peacock, and Jack DeJohnette,  Always Let Me Go - Live In Tokyo.  I found this ECM 2 CD set to be a little uneven to me.  Some tunes are solid, but then other are unfocused, bordering aimless doodling.  Not a great outing in my opinion, so I checked the reviews on Amazon and the CD gets ratings from 1 star to 5 stars, with plenty of disagreements.  Most who like it championed its "Free Jazz' moments,  I guess those are the moments I don't like. 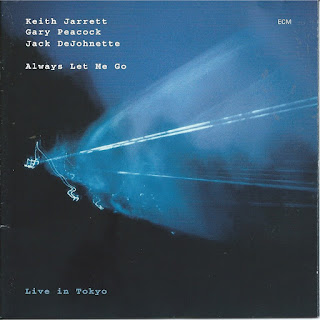 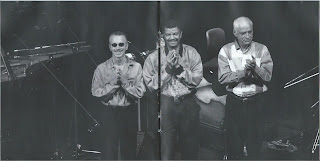 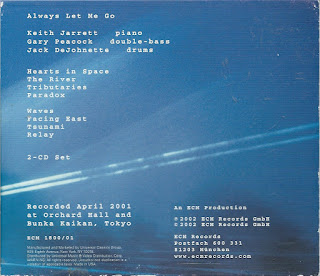 Next is a CD I picked up more for the 7-string guitarist, Charlie Hunter, than the leader Ben Goldberg.  The CD is titled Go Home, clarinetist, Goldberg, wrote and co-wrote all the tune.  The All about Jazz website finds Goldbergs music, "Eclectic and loose, but with grooves that will make believers out of even the most improv-averse, Go Home is the perfect combination of music for the head, the heart...and the feet."  I'd agree with that, this a bunch of young guys exploring new sounds, and worth a listen. 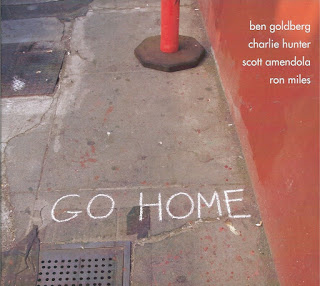 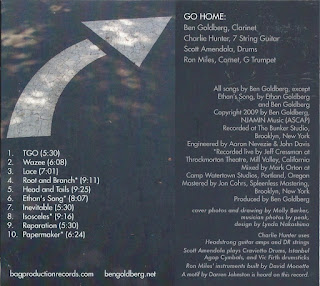 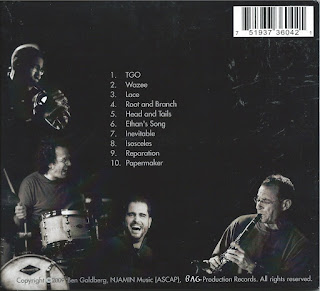 Last Item is the Bad Plus "Prog".  This trio is a very progressive jazz group who likes to cover rock tunes and turn them inside-out.  As they do with Tears for Fears "Everybody Wants to Rule the World", the first track on this CD, and others.   I definitely have to be an active listener for this CD. It's not a easy-listening CD by any stretch, but well worth the challenge. 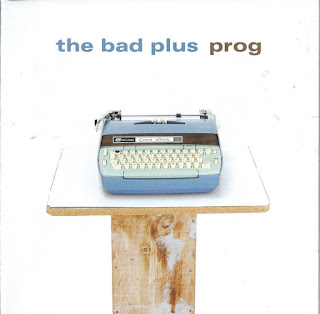 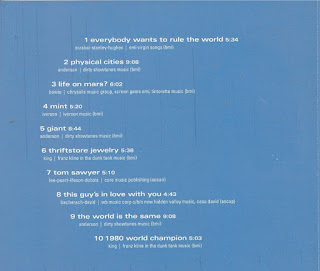 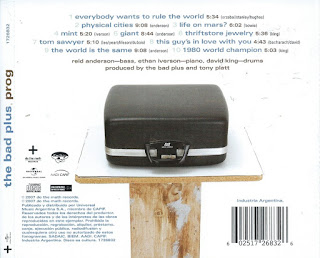 So, went I need momentary escape from current life issues, there is always music. 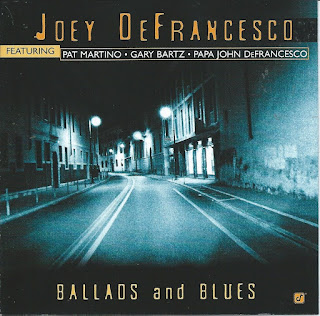 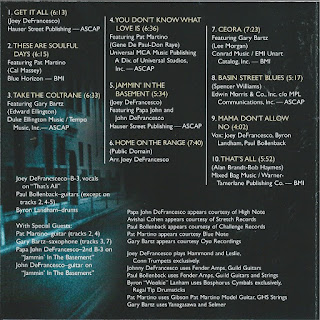 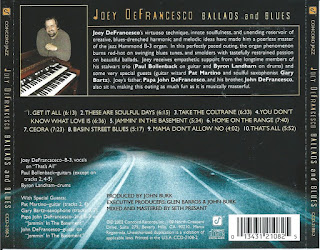 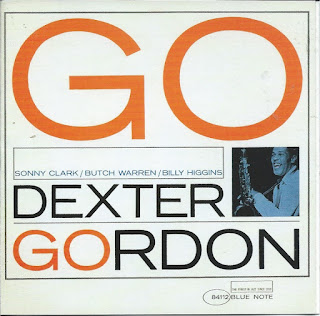 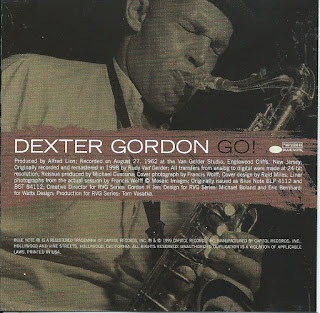 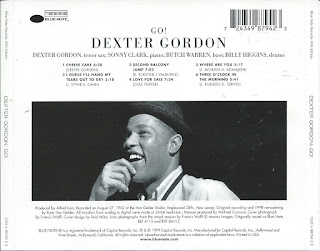 Last, but no least, another Pat Metheny CD, Pat Metheny Group We Live Here.  There is always room for another Metheny offering in my collection.  He still is one of my all time favorites.  Part of that is I discovered him at the very start of his career and it's like we grew up together.  I think a lot of us may feel that way about artists we bonded with, when we were young.  You find yourself so happy they're still making good music that you enjoy. 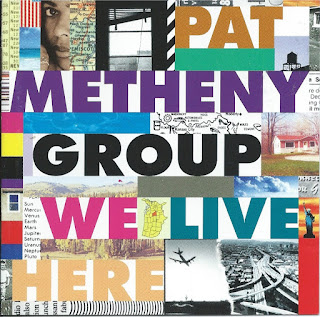 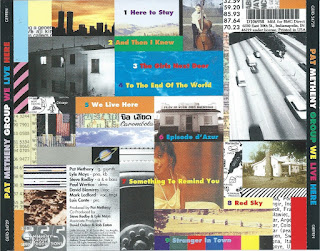 It is a chilly cloudy day, just the thing to sit back and listen to some good tunes.  Enjoy.

This week Sunday Music Muse is a nice collection of old favorite guitar players and two revisits to an album and music already have.  First is the eclectic guitarist "Bill Frisell with Dave Holland and Elvin Jones" (which is the title) on bass and drums respectively.   Bill music is always so adventurous, and this doesn't disappoint.  It features one of my favorite tunes of his "Strange Meeting".  Also, this CD's cover graphics features the art of Jim Woodring, which reminds me of the old underground comic art.  Bill Frisell used used Woodring art on other CD cover, too. 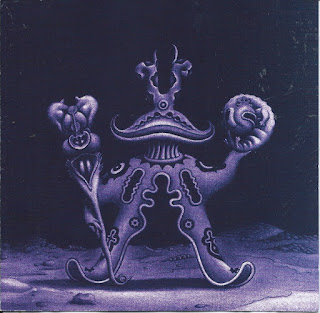 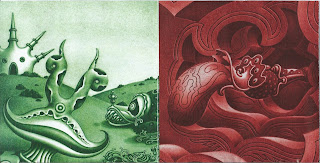 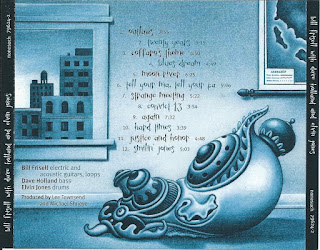 Next is another guitar favorite of mine, John Scofield Trio LIVE EnRoute, featuring Steve Swallow, on bass, Bill Steward on drums.  I've seen these guys several times playing in NYC years ago.   They are definitely tight unit that's a pleasure to listen to.  I like the humorous CD graphics parody of airline safety instruction. 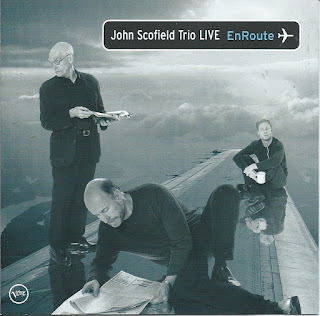 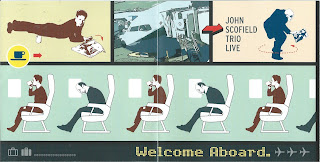 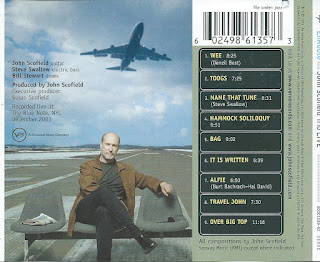 The next selection is a sign of weakness on my part.  I usually try not buy CD of things I own on vinyl, unless the vinyl is in really bad shape, or the CD has bonus tracks, custom packaging, etc.  But , I couldn't resist this one because I love the title track so much.  George Russell & the Living Time Orchestra, So What.  This So What is very rocking version of the Miles Davis tune with the whole orchestra playing the Miles solo transcribed and arranged for the band.  It's nice to have easy access to this. I'm sure I'll be playing it a lot more. 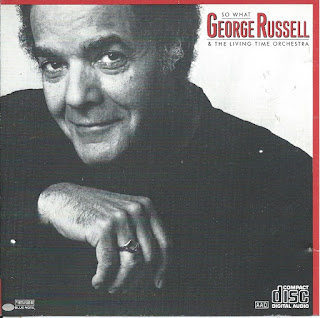 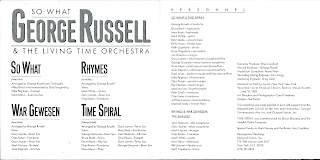 Last up, is a curious selection, in a way.  I suspected I had the music already, but not the CD cover.  Quincy Jones, The Birth of a Band Vol. 2.  As it turned out, I have a version of the music on this CD that friend make for me.  But, it's nice to have the cover art to complete the set, visually at least.  Of course, the fact that my father, Sam Woodyard, plays drums on seven of the fourteen cuts had nothing to do with my buying it.  Go figure. 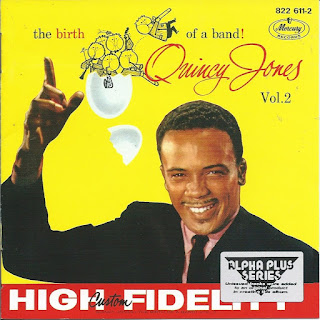 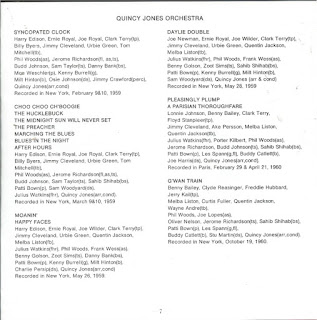 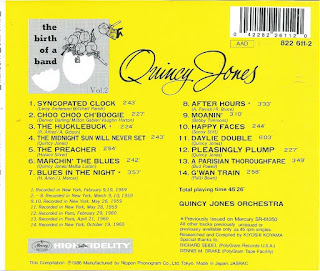 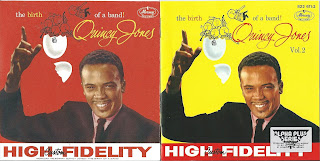 Hope every one has a good week, full of good times, and good music.  Enjoy.